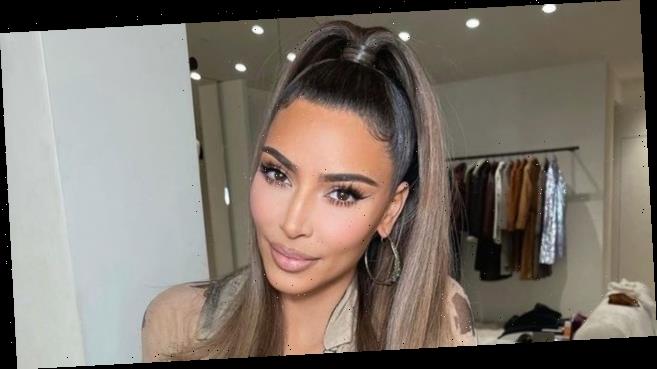 Relax mode. Kim Kardashian was totally at ease while getting her hair done on Monday, March 1, resulting in her dozing off mid-styling.

The Keeping Up With the Kardashians star, 40, fell asleep in the salon chair on Monday and her stylist, Chris Appleton, captured the moment. He then posted the snap on his Instagram account, captioning it, “I love u Kim.”

In the photo, the Skims founder had her head titled back, mouth open and her eyes shut as Appleton worked on her locks. He struck a peace sign pose as he trolled the reality TV star.

From Flashy to Chic, the Style Evolution on ‘KUWTK’ Is Epic — See the Pics

“I f–king hate you!!! LOL 😂😂😂,” the Skims founder commented on the hilarious picture. “You exhausted me!”

Kardashian reposted the image via her Instagram Story, adding, “HATE” in pink letters over it.

Fans couldn’t get enough of Kardashian’s snooze snap, with one commenting, “She has 4 kids.. She’s allowed 😂.”

Another Instagram user wrote, “Omggg lmao i love her! ❤️❤️.”

The KKW Beauty founder, who shares North, 7, Saint, 5, Chicago, 3, and Psalm, 21 months, with estranged husband Kanye West, has kept herself busy over the past few weeks after filing for divorce from the Yeezy designer, 43, on February 19 after six years of marriage.

The estranged couple hit a rocky stretch in July 2020 when West revealed that the pair almost aborted their daughter North, while speaking at his first presidential campaign rally in South Carolina.

Earlier this month, a source exclusively told Us Weekly that there was “no turning back” for Kim after the rapper brought their children into his rantings.

“She thought it was utterly unacceptable and freaked out over the thought of North one day reading about it,” the insider told Us. “From there, they were never able to get back to the place they were once in.”

In her divorce papers, Kim requested joint legal and physical custody of the pair’s four kids. She also asked for the judge to enforce their prenuptial agreement and terminate the court’s ability to award spousal support to either party.