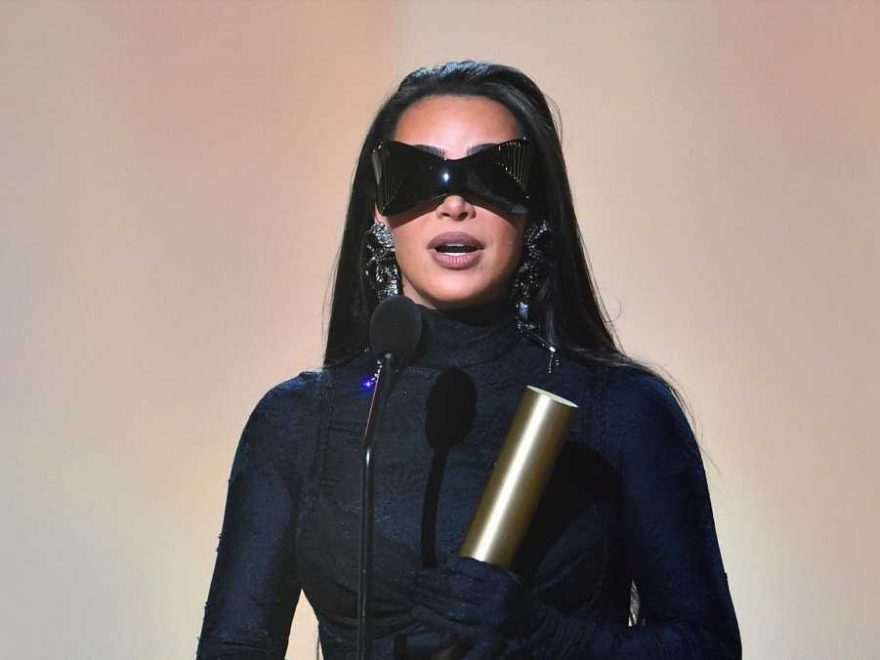 Looks like Kim Kardashian and Kanye West are still on good terms—or, at least on good enough terms that Kim shouted him out during her People’s Choice Awards speech last night.

“I am honestly so humbled to be here. I started off as a closet organizer and a stylist, so the fact that I’m winning a Fashion Icon Award is a pinch me moment,” Kim said while accepting her award from fashion legend—and last year’s winner—Tracee Ellis Ross. “I’m humbled every single day that designers are willing to work with me. There was a time when they weren’t. Thank you Zac Posen who dressed me and took me to my first CFDA Awards and so many amazing designers, like Ricardo and Olivier that really believed in me. Well, probably talked into it by getting a call from Kanye. So thank you to Kanye even for really introducing me to the fashion world. I fell in love with fashion. This is a dream that I get to wake up and wear these amazing clothes and try new things, take a risk. I’m so humbled.”

Kim’s shoutout comes amid Kanye making it extremely clear that he wants to get back together with her, and as she and Pete Davidson appear to be dating (though they haven’t been seen with each other in a moment, so TBD on that).

Ahead of Thanksgiving, Kanye spoke about hoping to reunite with Kim at the Los Angeles Mission, saying “The narrative God wants is to see that we can be redeemed in all these relationships. We’ve made mistakes. I’ve made mistakes. I’ve publicly done things that were not acceptable as a husband, but right now today, for whatever reason—I didn’t know I was going to be in front of this mic—but I’m here to change the narrative.”

Kim hasn’t responded to Kanye’s public appeal to reunite, but clearly they’re on good terms at the moment!