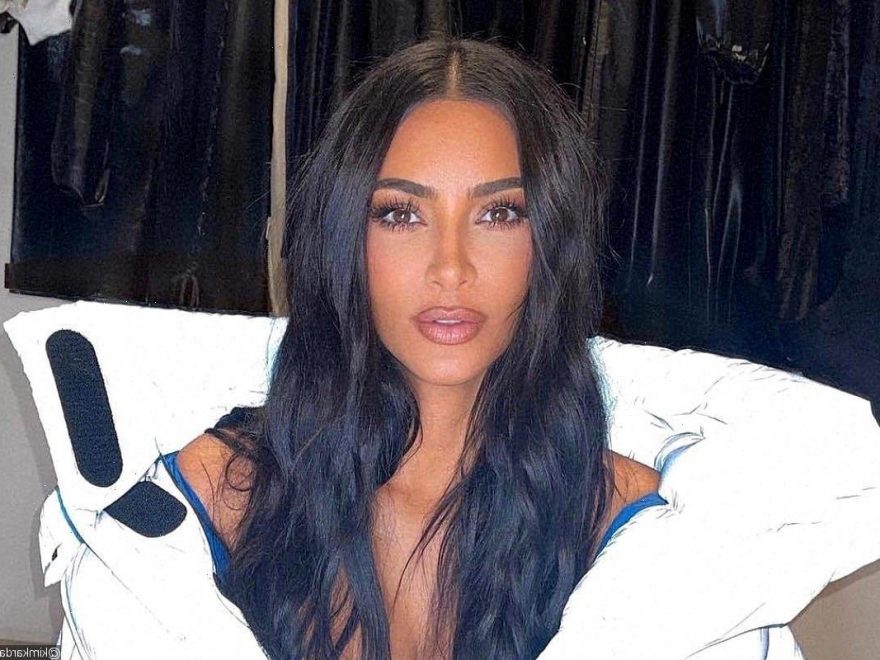 While many comment on how ‘stunning,’ ‘lovely’ and ‘beautiful’ Kim is, one eagle-eyed user points out that the SKIMS founder is missing her belly button in two of the images.

AceShowbiz –Kim Kardashian may be good at a lot of things, but she apparently has yet to master photo-editing skills. The reality TV star has been accused of photoshop fail after seemingly forgetting her belly button.

On Sunday, April 24, the aspiring lawyer posted three new pictures of her flaunting her slim figure in her SKIMS sports bra and underwear set with a pair of dark sweatpants. She posed by the pool while lifting her hands, showing off her curves.

Her long raven hair was let loose and hang around her waist, while she flashed a big smile. “Sunday in my @skims,” so she captioned the snaps.

While many of her fans commented on how “stunning,” “lovely” and “beautiful” Kim is in those pictures, one eagle-eyed user noticed that her belly button seemed to be missing the images. “You forgot to leave in your belly button,” the person wrote.

Some fans tried to defend Kim, explaining, “it could be under the skims?” and “her underwear is above her bellybutton.” Another, meanwhile, pointed out, “skin looks weird too. Right?”

Some others claimed that Kim’s waist looks unnaturally thin in those photos. “You can see where you photoshopped your waist,” one person wrote, while another asked, “Does anyone else thinks this looks hella edited.”

“Her waist is most definitely photoshopped,” one fan on Reddit remarked, as another added, “This doesn’t even look real or natural to me.” Someone else clowned Kim and her famous sisters, “It’s so funny to me how they always have to pose with their arms up so they don’t get distorted from the photoshopped waist.”

One other questioned Kim’s motives as the edit was rather obvious, “I don’t know who she thinks she’s fooling. Like, if she wanted people to believe this is her, why does she insist on being so public where we can see what she actually looks like.”