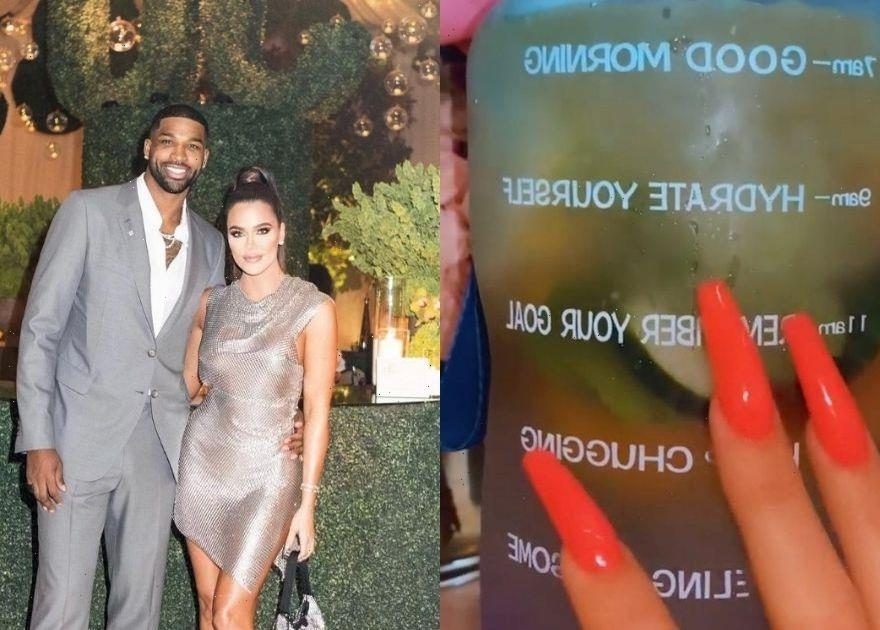 Khloe Kardashian has shared snaps without her diamond ring given to her by Tristan Thompson amid new cheating allegations.

The Keeping Up With The Kardashian star’s diamond ring was noticeably absent in her recent Instagram stories following the fresh claims made by Instagram model, Sydney Chase.

The model, 23, alleges she had sexual relations with the basketball star in January after he told her he was single. Tristan has yet to comment.

“We hung out multiple times, it happened and then I found out that he was not single and I cut him off.”

Now Khloe, who shares three-year-old True with Tristan, shared snaps on her Instagram stories without the ginormous ring after wearing it every day for the past few months.

Showing off her fresh manicure, the reality star didn’t try to hide her missing jewellery, instead sharing several snaps of her free hand over the bank holiday weekend.

Prior to her recent post, the couple had openly discussed trying for another baby on the final season of KUWTK, as Khloe shared on her Instagram stories over the weekend.

In the episode teaser, Tristan can be seen discussing the vulnerable topic of using a surrogate with Khloe, adding: “your sister has done it before, so it’s not like, foreign to us.”

It was largely believed by her 135 million fans that the stunning rock was a symbol of their loving relationship and fuelled engagement rumours.

Khloe and Tristan first shared their relationship with the world back in 2016 and welcomed their first child, True, two years later.

However, things went sideways between Khloe and the basketball player in February 2019 after it was announced he had kissed Kylie Jenner’s BFF Jordyn Woods.

The couple has rekindled their relationships two years after the unfortunate incident, insisting that they were putting the past behind them and would continue to work together as a family.