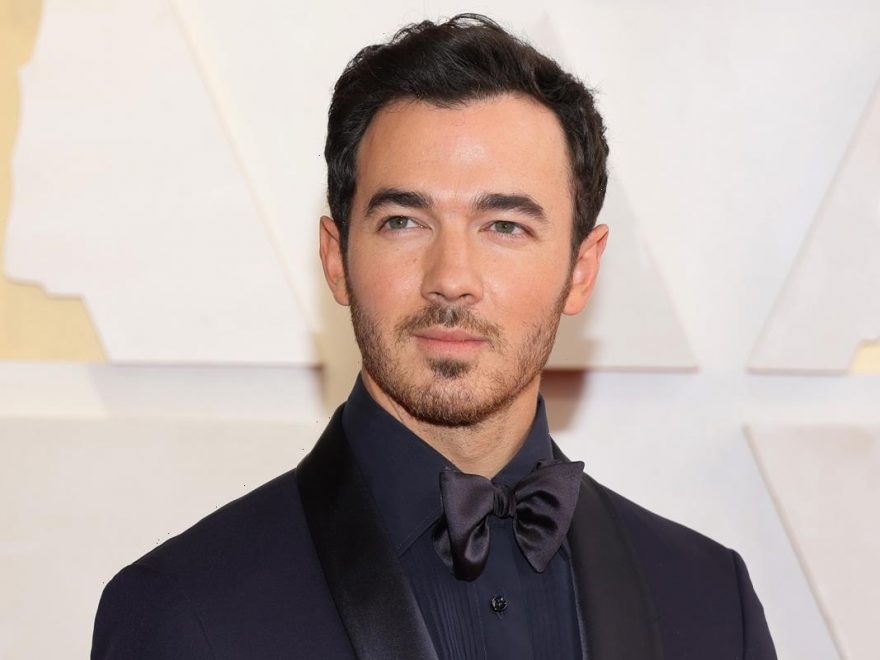 Kevin Jonas looks handsome in blue while arriving for the 2022 Oscars at the Dolby Theatre on Sunday (March 27) in Hollywood.

The 34-year-old Jonas Brothers musician may be a surprise attendee, but he was just recently announced to be part of the ABC family, which is the network the Oscars air on.

Last week, it was revealed that Kevin and his youngest brother Frankie will be co-hosting the new reality show Claim To Fame.

The upcoming show “will challenge 12 celebrity relatives to step outside their famous family member’s shadow and live together under one roof, concealing their identity and lineage in the quest for their own fame and fortune.”

This Tuesday (March 29), Kevin and his wife Danielle will be releasing a new children’s book, “There’s a Rock Concert In My Bedroom.” You can pre-order it HERE!

If you missed it, Kevin and his brothers will also be performing a residency in Las Vegas this summer.