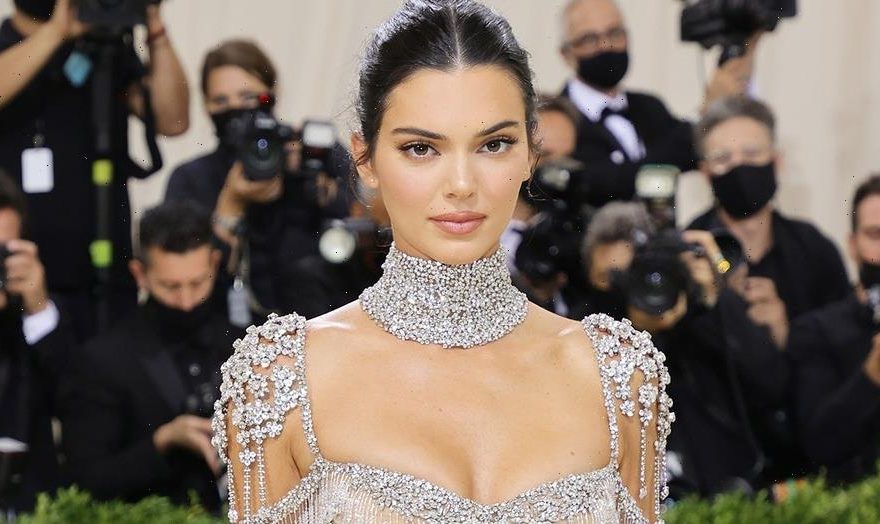 Jenner’s gown featured a corseted waist, sheer yet bedazzled capped sleeves, and a large choker necklace. She kept her hair simple in a low bun.

This year’s official theme of the fundraiser for the museum’s Costume Institute was “American Independence,” leaving plenty of room for interpretation.

Jenner attended her first Met Gala back in 2014 when she was 18 years old. 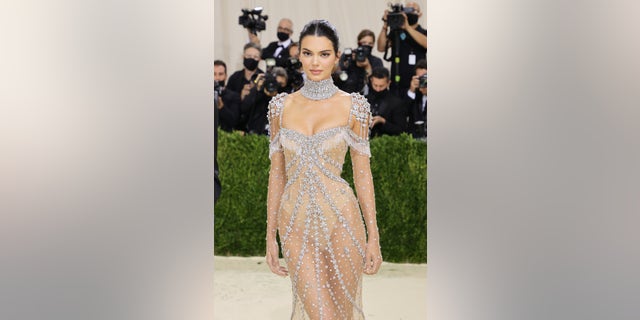 The gala, which raises money for the museum’s Costume Institute, was pushed last year from its traditional May berth and morphed this year into a two-part affair marking the institute’s 75th anniversary.

It coincides with the opening of “In America: A Lexicon of Fashion,” the first of a two-part exhibition at the Met’s Anna Wintour Costume Center. 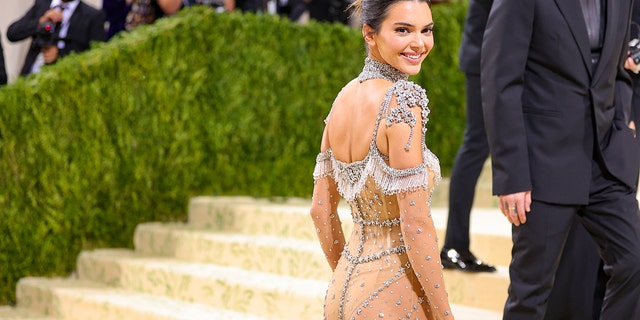 Organizers invited 400 guests or about a third of the number that usually attends. All attendees must have been vaccinated and were required to wear a mask inside the museum.