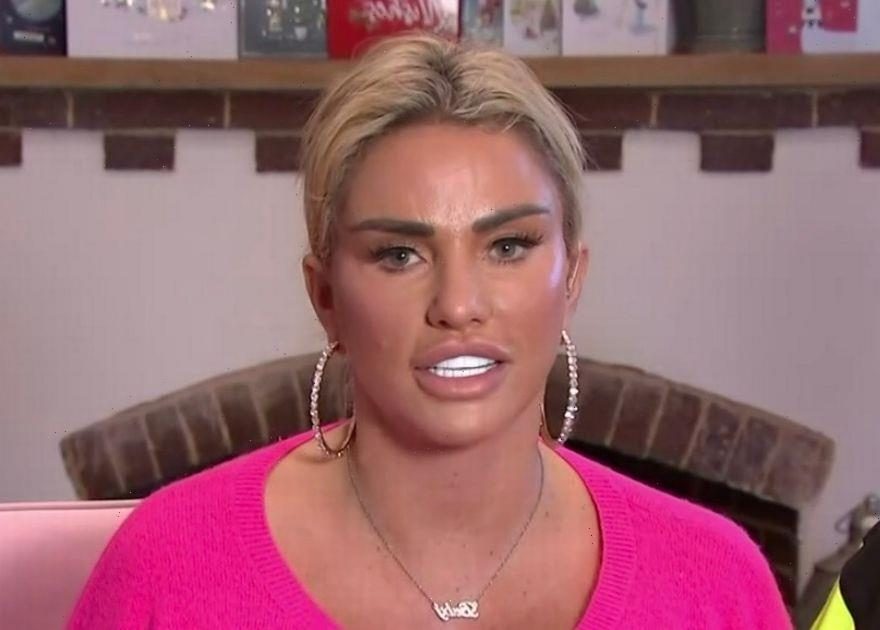 Katie Price has shared her plans to marry her fiancé Carl Woods and have children with him this year.

The 43 year old announced her engagement to Love Island star Carl, 32, in April last year. The couple have remained tight-lipped on if they have set a date for the big day, which Katie previously said will be very different to her previous wedding ceremonies.

Katie and Carl sparked speculation they were due to tie the knot in Las Vegas during their trip to Sin City in November after they were spotted buying a marriage certificate.

But, the pair soon denied they were set to wed in Vegas, leaving fans wondering when she and Carl will tie the knot.

During an appearance on Good Morning Britain Katie, who recently treated her son Harvey to a pamper day, revealed the pair are hoping to say "I do" in 2022.

When asked by GMB host Susanna Reid if three will be wedding this year, Katie revealed: "I hope so, I absolutely hope so.

"This is the year for me babies, marriage I want it all."

Gushing over her man Katie, who recently said she will be in therapy for the rest of her life, revealed: "Like I said before, I've definitely found the one with Carl and we will get married and it will be in England." Referring to speculation she and Carl were set to marry in Las Vegas last year, Katie added: "It always will in England because, obviously, the family and my mum's terminally ill, she can't travel. And I'd never get married unless my mum is there as well."

It comes as Carl teased some exciting plans this year as he welcomed in the new year.

He then added: "I hope everyone has a fantastic New Year. What are your resolutions?

Katie then replied to her fiancé's post in the comments as she wrote: "You know what we both have planned in business, pleasure and personal."

And Katie shared a cryptic comment of her own about the new year as she said on her Instagram story: "22 is my lucky number so my focus is to make it a drama free and actually have some good luck.

"With all my new ventures and ideas I will smash it."

It comes after Katie was handed a suspended sentence after pleading guilty to drink driving and driving whilst on a ban and without insurance following a car crash in September.

As she was handed the suspended sentence at Crawley Magistrates' Court she was told by the judge: "I cannot send you to jail today even though you may deserve to spend Christmas behind bars.

"You are extremely lucky the magistrates on a previous occasion decided to defer their decision."

For all the latest news on Katie Price and many more of your favourite stars, sign up to our daily OK! newsletter.