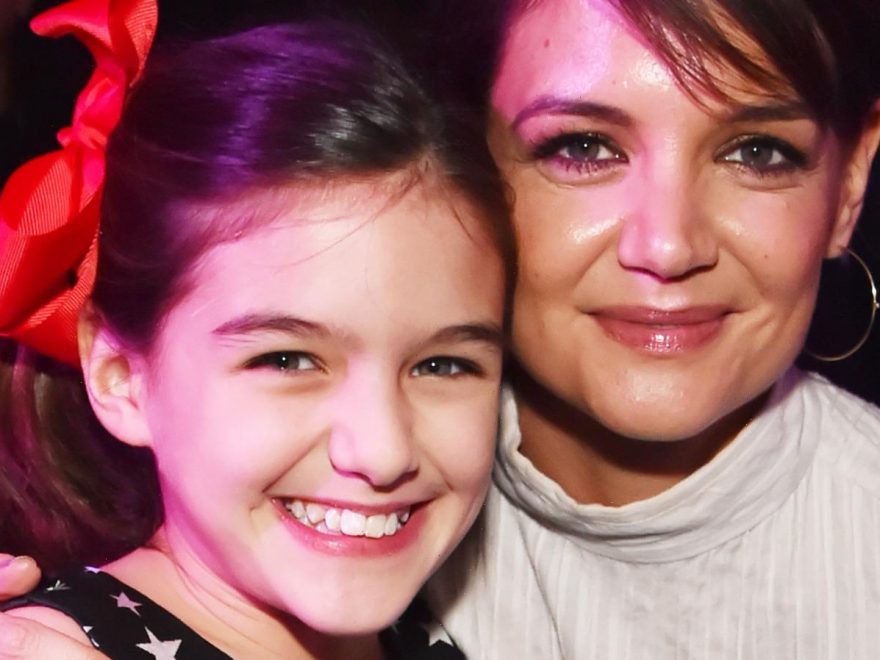 Ever since Katie Holmes gave birth to her first, and only, child Suri Cruise in April of 2006, fans of the actress have been excited to keep up with Suri while she grows up. The child of Holmes and action star Tom Cruise leads a fairly private life for a celebrity kid. Cruise is not on social media, unlike most teens her age, and actively tries to avoid the spotlight, though she can’t always escape the paparazzi.

Suri is often sighted with her movie star mom. According to reports from Us Weekly, the pair have a very strong relationship and spend a lot of time together. An inside source revealed to the outlet, “You’d struggle to find a mom-daughter duo who are more in sync with each other. They’re a real team—their connection is a beautiful thing to witness.”

On April 18th, Holmes shared a photo series on her Instagram in honor of Suri’s 15th birthday.

Katie Holmes is in disbelief Suri is already fifteen

Katie Holmes captioned her birthday tribute to Suri Cruise, “Happy 15th Birthday Sweetheart! I love you!!!!!!!! I can’t believe you are already 15!” The post featured three black-and-white images of her daughter. None of these sweet photos have ever been shared with the public before. The first image is of a young Suri seated at a table, accompanied by two other little boys, while the other two photos are close-ups of the pair hugging. The third photo in particular showcases just how much love the pair has for one another.

The post has over one hundred thousand likes and is flooded with comments from celebrities and fans wishing Suri a happy birthday. Among the well-wishers are actors Viola Davis and Bailee Madison, as well as, director Lee Daniels.

As of right now, it’s unclear how the teenager will spend her special day, but if Holmes is involved in the planning, it’s sure to be something special.