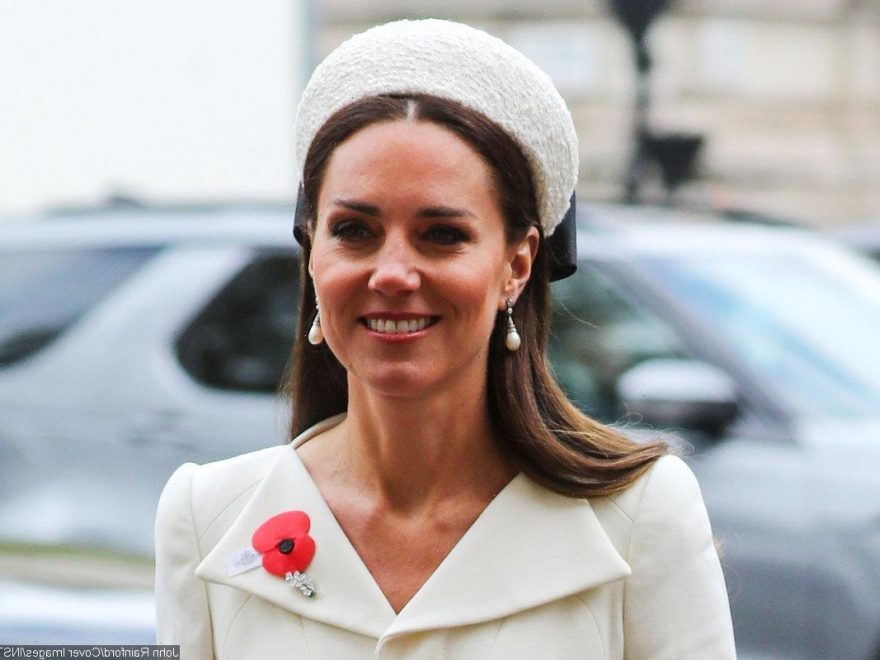 Prince William’s wife, who founded the Royal Foundation Centre for Early Childhood, discusses the matter with health experts and politicians including Health Secretary Sajid Javid and Will Quince at the Royal Institution in Westminster.

AceShowbiz -Kate Middleton believes “addiction, self harm and suicide” can be avoided later in life if children are taught to manage their emotions. Speaking with health experts and politicians including Health Secretary Sajid Javid and Will Quince, the minister for children and families, the Duchess of Cambridge called for education on mental and physical health to be given equal waiting in order to tackle “today’s toughest social challenges.”

The 40-year-old royal, who is passionate about the early years and founded the Royal Foundation Centre for Early Childhood in 2021, said at the Royal Institution in Westminster, London on Thursday, June 16, “The importance of early years is clearly underestimated. We know that only a minority of people understand the critical importance of the first five years of a child’s life, and this is what we really do need to change.”

“If we can teach children to manage their emotions and feelings at a young age, it will help them avoid having to turn to addiction, self harm or suicide even in later life,” the wife of Prince William added. “Together we have a huge opportunity here to help shape the future.”

Kate’s foundation commissioned Ipsos to carry out a poll, which found parents are more likely to seek help on physical rather than mental well-being and almost half of the public believe there is not enough support for parents to help their children develop. She said, “If we break down the barriers and stigma surrounding mental health, more parents and families will be able to access help and support.”

“We’re going to have to work holistically to build an ecosystem of early childhood support,” the mother of 8-year-old Prince George, 7-year-old Princess Charlotte and 4-year-old Prince Louis continued pointing out. “Ultimately, this is about the adults they’ll become and the society they’ll form.”