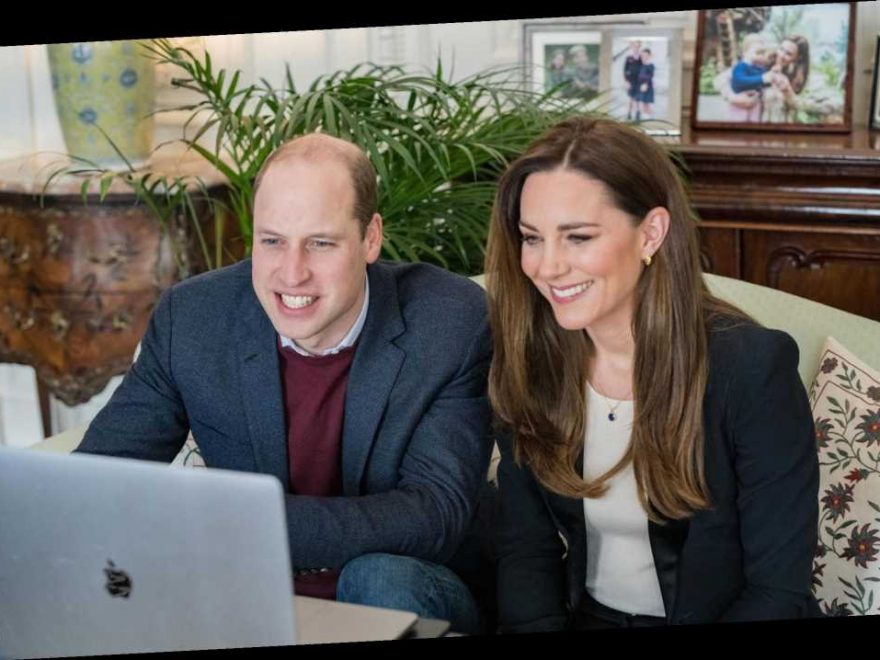 Kate Middleton and Prince William just revealed a new photo of their three children — but you'll have to look closely!

The couple spoke to nursing students from Ulster University in Northern Ireland during a series of video calls on Tuesday, but a photo displayed on the table behind them also caught eagle-eyed fans' attention. To the far right of the table is a framed photo of Prince George, 7, Princess Charlotte, 5, and Prince Louis, 2, that was not previously shared with the public.

Prince George appears to be wearing a camouflage T-shirt, so it's possible that the siblings' photo was taken at the same time as the solo portraits (taken by Kate!) that were released for the royal's 7th birthday in July.

Other photos on display include Prince George and Princess Charlotte's portrait from her first day of school in September 2019 as well as a shot of Kate and Prince Louis exploring her kid-friendly garden in May 2019.

RELATED: Kate Middleton Reveals She's Become a Hairdresser During Lockdown: 'Much to My Children's Horror' It's not unusual for Kate, 39, and Prince William, 38, to display family photos during their video calls. During a virtual meeting with care workers, a familiar portrait of Prince George was spotted behind the couple, who sat on a cream couch in one of the rooms of their country estate in Norfolk. The adorable photo was originally released for George's 6th birthday in July 2019.

RELATED: How Prince George, Princess Charlotte and Prince Louis Have Been Preparing for Royal Life

And when Kate spoke with armed forces families who had lost loved ones via video chat in honor of Remembrance Day, photos of George, Charlotte and Louis were visible behind her.

It's extra special for Kate and Prince William to have photos of their children close by. As homeschooling continues for George and Charlotte, Queen Elizabeth has given the royal parents space to use at her Sandringham hometo work, which is just a couple of miles from the couple's country house, Anmer Hall, where the family of five has been isolating. The monarch and Prince Philip are currently living at Windsor Castle amid the ongoing pandemic.

While at Sandringham House, they can conduct their video calls without any chance of interruption, while the other helps with the lessons that George and Charlotte are working on at home.