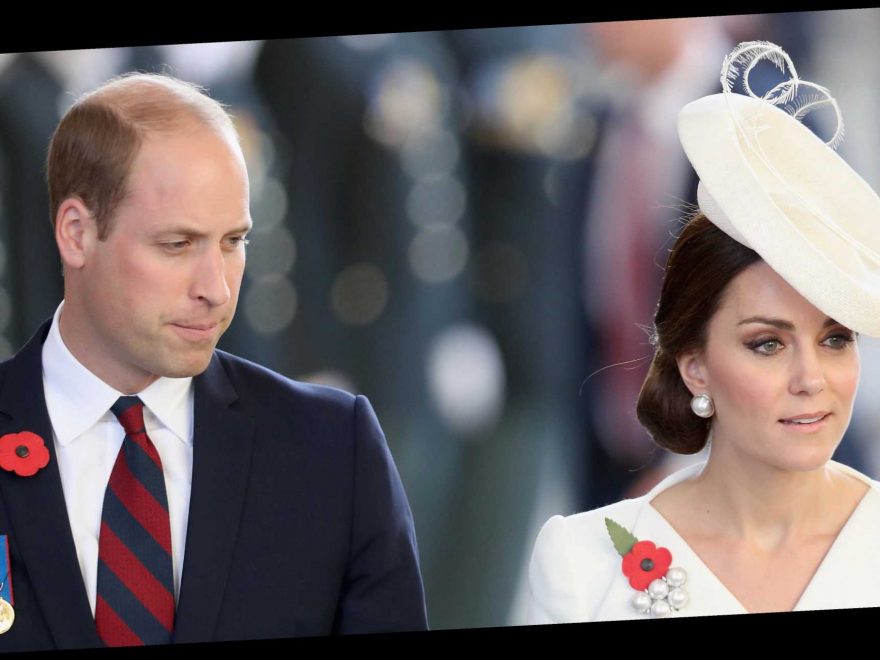 Kate Middleton and Prince William have joined Prince Charles and Duchess Camilla in changing their Instagram and Twitter profile pictures to honor the Queen’s husband Prince Philip, who passed away yesterday at the age of 99.

As People first noted, William and Kate replaced a photo of themselves with their three children during the “Clap for Carers” campaign with a simple joint monogram. They also changed their Twitter background photo to a black-and-white image of Prince Philip: 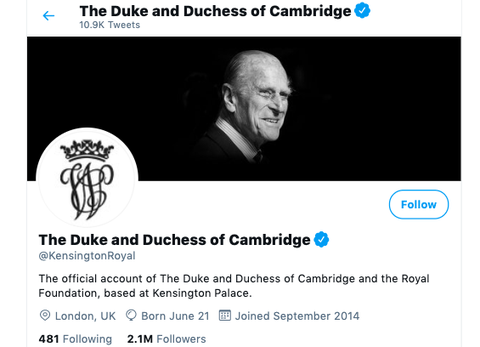 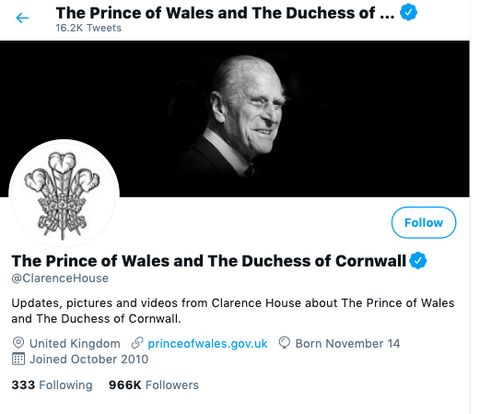 Buckingham Palace announced the news of Prince Philip’s death yesterday, writing in a statement that the Duke of Edinburgh had passed away at Windsor Castle on Friday morning:

Kate and William’s personal Instagram reposted the same statement with a black-and-white photo of William’s grandfather:

A post shared by Duke and Duchess of Cambridge (@kensingtonroyal)

Meanwhile, Meghan Markle and Prince Harry (who don’t use social media) posted a tribute to Prince Philip on their Archewell website, writing “In loving memory of His Royal Highness The Duke of Edinburgh 1921-2021. Thank you for your service…you will be greatly missed.” 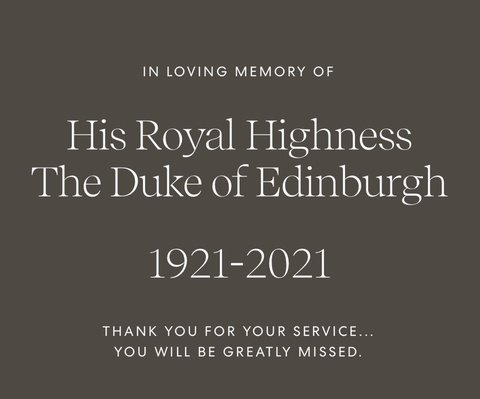 Harry is reportedly planning to attend his grandfather’s funeral, with a source telling the Daily Mail, saying “Harry will absolutely do his utmost to get back to the UK and be with his family. He will want nothing more than to be there for his family, and particularly his grandmother, during this awful time. Meghan is obviously pregnant so she will need to take advice from her doctors about whether it is safe for her to travel, but I think Harry will definitely go.”