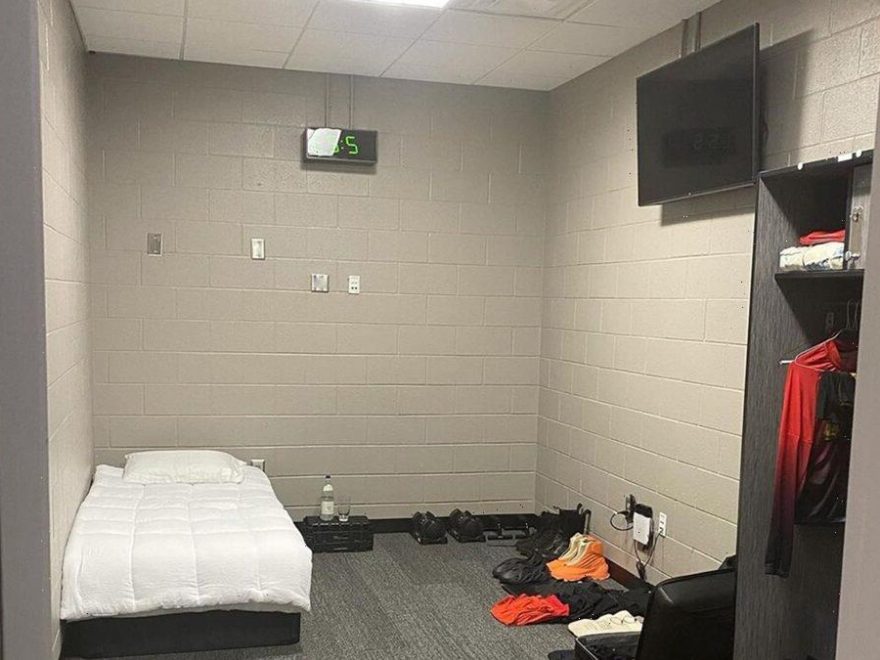 Kanye West might be a billionaire, but he certainly isn’t living like one … he just showed off his living situation inside Atlanta’s Mercedes-Benz Stadium … and it’s pretty bare-bones.

Mr. West posted this picture of what we’re guessing is his bedroom somewhere inside the stadium … and it’s just a bed, some clothes, workout equipment and a TV. Yeezy’s also got a couple pairs of shoes and a bottle of water next to the bed … and it seems he’s living out of the suitcase on the floor.

As we first reported … Kanye is living inside MBS while he finishes up his upcoming album, “Donda.”

The stadium played host to Kanye’s massive album party last week, and we’re told he was so inspired by the crowd, he wanted to stay in the ATL and finish things up as he targets an August 6 release for the album.

Ye and his team have created a studio space and there’s a chef on hand preparing his meals inside the stadium … but so far, we’ve only seen Kanye’s living quarters.