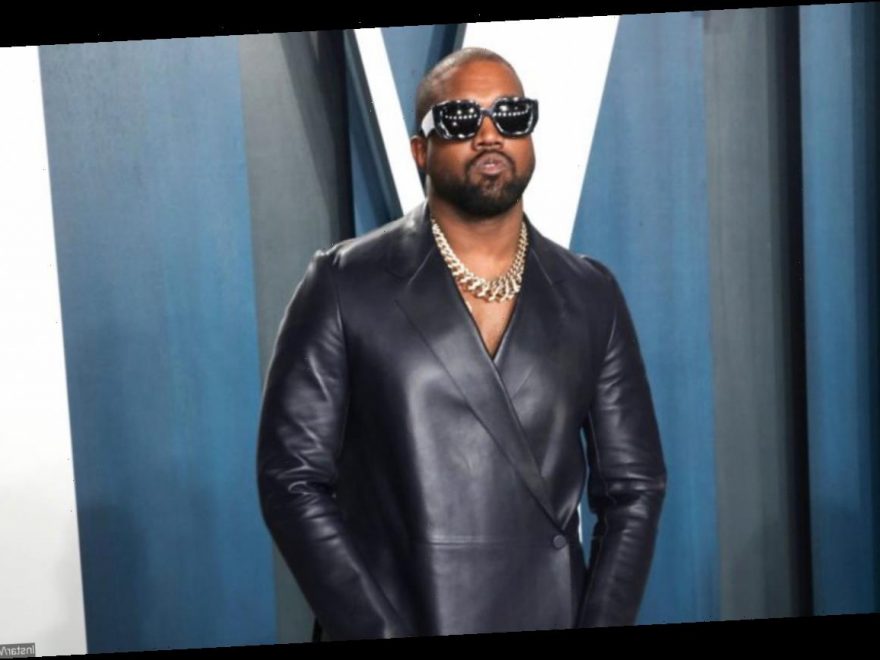 Twitter users are cracking up after seeing a paparazzi picture of the ‘Follow God’ rapper going out and about in the washed out jeans, which show more than he likely bargains for.

AceShowbiz -When he’s not making headlines for his marriage split, Kanye West is catching attention with his fashion style. The rapper has been trolled online after he flashed his underwear in his latest paparazzi photo.

In the said image which has been circulating online, the 43-year-old was seen dressing casually while going out and about in town. He donned a blue hoodie paired with ripped jeans which were torn on some parts.

One of the cuts stood out the most as it was pretty big and located right below the waist, revealing Kanye’s black panties. He didn’t seem to be aware or bothered by it though as he walked confidently without attempting to cover the quite big hole.

It’s unclear when or where the picture was taken, but the Yeezy designer’s indiscreet choice of outfit has become the subject of Internet jokes. “Bruh got on panties,” one Twitter user reacted, adding face with tears of joy emojis. Another quipped, “He accidentally grabbed North panties while he was packing he’s so stressed out.”

“not him having a moose knuckle,” a third one commented on the photo. Finding it hilarious, a fourth person wrote, “not kanye having a bussy.” Another remarked, “Fat pum pum ye,” while someone else claimed, “Lmaooo that boner tore his trousers.”

Another person made a suggestive comment while referencing rumor that Kanye had an affair with YouTube star Jeffree Star, though it has been debunked by the makeup guru. “Jeffrey star definitely was the top in that relationship lmao,” the said user wrote.

His latest fashion style aside, Kanye has been going through divorce with Kim Kardashian, who filed the papers in February. Through her attorney Laura Wasser, the reality TV star submitted legal documents to end their seven-year union. Citing irreconcilable differences as the reason for their split, she was said to be seeking joint legal and physical custody of 7-year-old North, 5-year-old Saint, 3-year-old Chicago and 22-month-old Psalm.