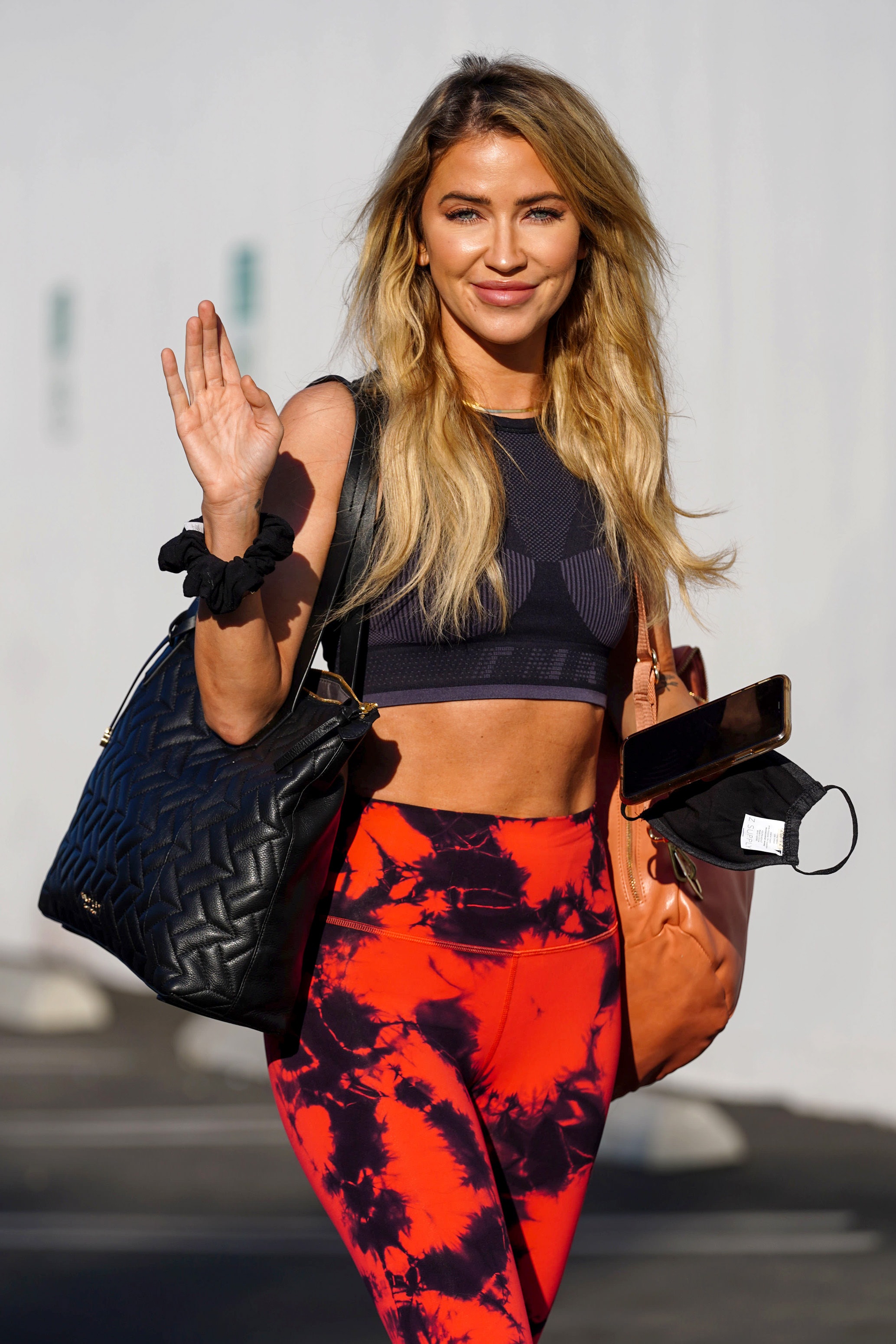 Being the Bachelorette comes with a lot of scrutiny, challenges, and heartbreak. Luckily, upcoming lead Katie Thurston has moral support from two new co-hosts — former Bachelorettes Kaitlyn Bristowe and Tayshia Adams — who know the process well. But in many ways, the co-hosting gig comes with its own set of emotional speed bumps, if Kaitlyn Bristowe’s candid quotes about hosting The Bachelorette are any indication.

“I think it was such a perfect storm and breeding ground for anxiety because I truly was back in a world of… I’m so happy to be part of this Bachelorette show,” Bristowe said in a Thursday, April 29 episode of her podcast Off the Vine. “But I didn’t realize how much it brought up some either trauma or some anxiety that I may not have dealt with as much as I thought I had.” Towards the end of filming, she took a quick social media break on April 21. Around that time, she said, she was “very overwhelmed.”

Still, she promised a “really fun” season ahead. “Tayshia and I had a really, really fun time being there. We love Katie,” Bristowe added. “I’m definitely not going to say much because I don’t wanna get in trouble, but I mean, maybe I can say it’s the most dramatic season yet.”

Filming ended a week early, on April 24. A source told Us Weekly that Thurston “was in control” and knew what she wanted. “Tayshia and Kaitlyn can relate to Katie’s journey in a lot of different ways, which you’ll see play out, so it was nice to have them there to help out with whatever situation came up,” the insider said.

Bristowe certainly experienced her own ups and downs as the show’s lead, from her emotional relationship with winner Shawn Booth to the rampant slut-shaming she received from viewers. She left the show engaged to Booth in 2015, but the pair split up three years later in 2018. In a July 2020 episode of the podcast Scrubbing In with Becca Tilley and Tanya Rad, Bristowe discussed the toll her experience on the show — and her relationship with Booth — took on her self-esteem.

“I pushed away a lot of friendships. I didn’t realize how miserable I was or how out of touch I was with myself and my confidence until… and I’m not trying to, obviously, blame Shawn … but I felt a lot of shame from the show,” Bristowe said. “I felt a lot of insecurities. I didn’t feel safe in the relationship. I was constantly working on myself, constantly going to therapy to not feel those things.”

Although she and Booth promised to stay friends, she told podcast co-hosts Tilley and Rad that there was still a lot of “anger” from both sides. “I truly think he just will never understand me or respect certain decisions and I think he’s just gonna hold onto anger with me,” she added.

Bristowe has also been honest about the backlash she received from fans for openly discussing sex on the show — which, as she noted, the men of the franchise have always been allowed to do. In a 2019 essay for Glamour, she wrote that she “stayed in bed a lot” and “cried a lot” reading negative comments.

“Ironically, it was [runner-up] Nick Viall who really stood up for me while I was going through the worst of the slut shaming. I’ll never forget that. He had my back, and I was grateful for his public support,” Bristowe said. “I haven’t seen other Bachelors standing up to the shaming, and I’m not sure why that is. I’d like to see more men coming forward and having our back. Because it never seems to be the Bachelors getting backlash for this stuff — it’s just the women so far.”

At the time, she added, she thought no one understood what she was going through. “In hindsight, I should have leaned into my fellow Bachelorettes,” she wrote in her Glamour op-ed. Thankfully, no matter how “dramatic” Thurston’s season gets, she’ll have Bristowe and Adams — two women who totally get it — in her corner.