Justin and Hailey Bieber are one of the most famous couples in the world. As such, there is no doubt that they can celebrate holidays in loud, extravagant ways.

However, it seems the Biebers will actually be spending Christmas like a lot of other people — having quiet plans with their loved ones.

Read on below to find out what the Biebers have up their sleeves for Christmas and what that says about them.

Justin and Hailey Bieber will spend Christmas at home this year 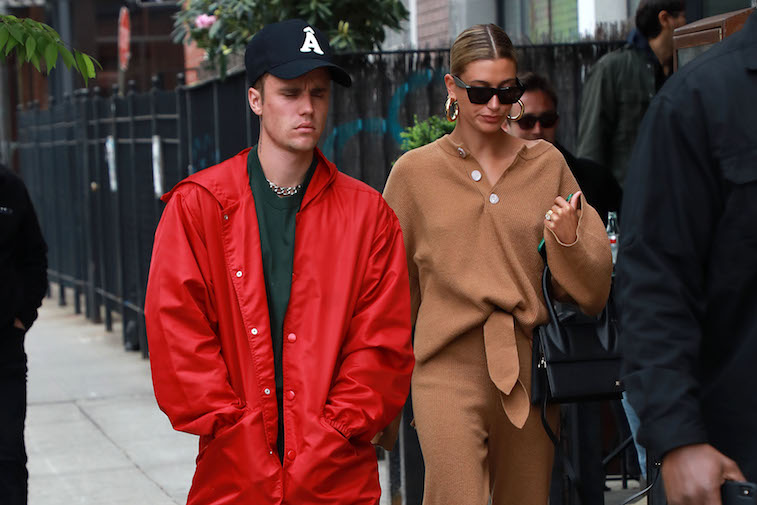 In an interview with Vogue, Hailey revealed that she and her husband will spend Christmas at their home in Canada. Their three pets, of course, will be there as well.

“On Christmas Day, pyjamas and thick socks take precedence over dressing up for the Biebers,” Vogue wrote.

It seems that they might be seeing family and friends this season as well since Hailey likes giving gifts to people. She shared: “I definitely pride myself on my gift giving. I enjoy giving people gifts. I don’t love receiving them if I’m honest – it makes me feel awkward.”

Meet our dogson his name is #Oscar

In 2018, the Biebers celebrated Christmas in an extremely special way. The couple welcomed a new member to their family – a pup named Oscar.

Justin and Hailey announced the exciting news via social media with both of them posting pictures of Oscar and telling the world that he was a new Bieber. Hailey even referred to the puppy as her “Christmas baby.”

For Hailey, the holiday season is also about reflecting on everything that has happened and looking forward to what the next year will bring.

She shared with Vogue that her Christmas wish this year is “to see women supporting women, an end to social media toxicity, and a whole lot more kindness.”

As for her New Year goal, Hailey hopes to be able to make more of a difference in the world. Since she is an extremely popular model with over 23 million followers on Instagram, it’s an achievable goal and something that many people surely would love to see her take on.

As for which area she could drive changes in, Hailey’s passion lies in what she shared as her Christmas wish. Being a woman as well as a social media influencer, it’s not surprising that Hailey has a lot to say about kindness between women and the current social media culture.

She said: “I’m passionate about women taking care of women. We’ve come a long way already… but I think we can do better – especially when it comes to educating younger women and the younger generation.”

Hailey also shared that people on social media could be nicer to each other as well since there is still so much toxicity on every platform, especially when it comes to how women judge each other.

“I think social media is a breeding ground for toxicity and people creating false drama between women and trying to put women up against each other,” Hailey commented. “I think there needs to be more people with platforms coming together and saying to each other, ‘let’s kill the conversation, let’s kill the fake drama, let’s squash all these things, let’s move on from stuff.’”