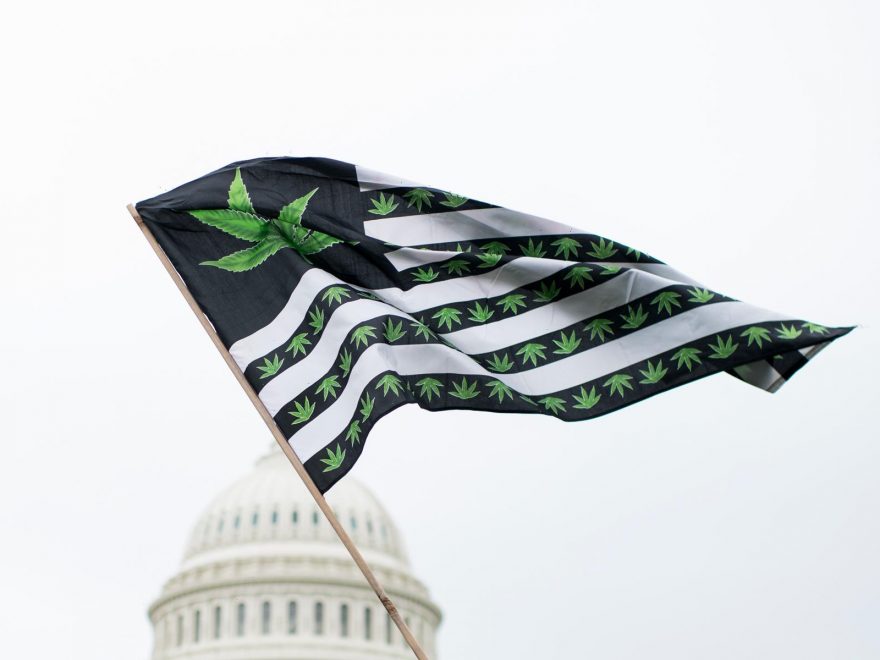 Marijuana legalization has an interesting advocate at the Supreme Court: Justice Clarence Thomas. Today, once again, Justice Thomas indicated his support for cutting back federal laws that criminalize pot. You might think this is good news since Justice Thomas is one of the most conservative Justices on the Court, therefore surely more liberal Justices would agree. But, unfortunately for the movement, his zeal to rethink how this country criminalizes weed has, so far, no other supporters on the Court.

The case today involved a medical marijuana dispensary in Colorado that, even though it was operating completely legally within the state of Colorado, could not take advantage of federal tax breaks for businesses because the federal government considers it to run an illegal drug business. The dispensary challenged the tax provision, claiming that the federal government cannot prohibit medical marijuana in a state, like Colorado, that makes it legal.

The Beatles in India: 16 Things You Didn't Know

This morning the Court decided not to hear this case, leaving the dispensary without the benefit. (Had they decided to take it on, and maybe even ruled in the dispensary’s favor, any lawful business would have been able to take advantage of the tax break — something advocates have been demanding for years.) Without explaining itself, the Court presumably was relying on a 2005 case in which the Supreme Court ruled that Congress could continue to criminalize and regulate local use and production of medical marijuana. The Court’s ruling was based on the concept that Congress can only legislate with respect to national problems, not local ones. The two California women who had grown pot for their own use in that case argued that their medical marijuana was not a national issue — it was just for them and thus purely local. The Court rejected this argument on the basis that the federal government had a strong interest in locking down the entire national market for marijuana, and that even though medical marijuana was legal in California, Congress could still criminalize it under federal law in its quest to stop illegal drugs everywhere.

That decision was 6-3, with Justice Thomas dissenting along with Chief Justice William Rehnquist and Justice Sandra Day O’Connor. Those two Justices are no longer on the Court, but you may have thought that, 16 years after the 2005 case with dozens of states now legalizing marijuana for medical (37 states) and/or recreational purposes (18 states), Justice Thomas may have found others who support his position that the federal government needs to relax how it treats marijuana.

However, based on what the Court did today, it seems he has yet to find any allies. The Court’s decision not to hear this case was, as it almost always is, unsigned and without explanation. Justice Thomas wrote a separate opinion (available here if you scroll to page 28) that no other Justice joined. In that separate opinion, Justice Thomas called out the federal government for its “half-in, half-out regime that simultaneously tolerates and forbids local use of marijuana.” What he is referring to is the fact that the Attorney General has refused to reclassify marijuana to permit use in states where it is legal and other parts of federal law, such as the tax code in this case, continue to treat it as illegal. Yet, Congress has refused to allow federal dollars to be spent enforcing federal marijuana laws in states where it is legal for medicinal purposes, and the Department of Justice has a policy against interfering with state legalization.

To Justice Thomas, this confusing patchwork of federal approaches to state legalization undermines the 2005 Supreme Court decision. That decision was based on a comprehensive nationwide approach by the federal government to prohibit pot in all forms. But now, with the federal government picking and choosing what to do in the face of the state legalization movement, Justice Thomas argued that the justification for federal intervention in this area no longer exists. “Suffice it to say,” he wrote, “the Federal Government’s current approach to marijuana bears little resemblance to the watertight nationwide prohibition that a closely divided Court found necessary to justify the Government’s blanket prohibition in [2005].”

These are encouraging words for anyone who thinks the federal government is overreaching in the way it continues to prohibit and regulate marijuana, especially in the states where laws have been relaxed. However, as exciting at it is to have a Justice of the Supreme Court write these words, until Justice Thomas gains support from other Justices, federal marijuana liberalization is going to have to come from the Attorney General or Congress not the Supreme Court.