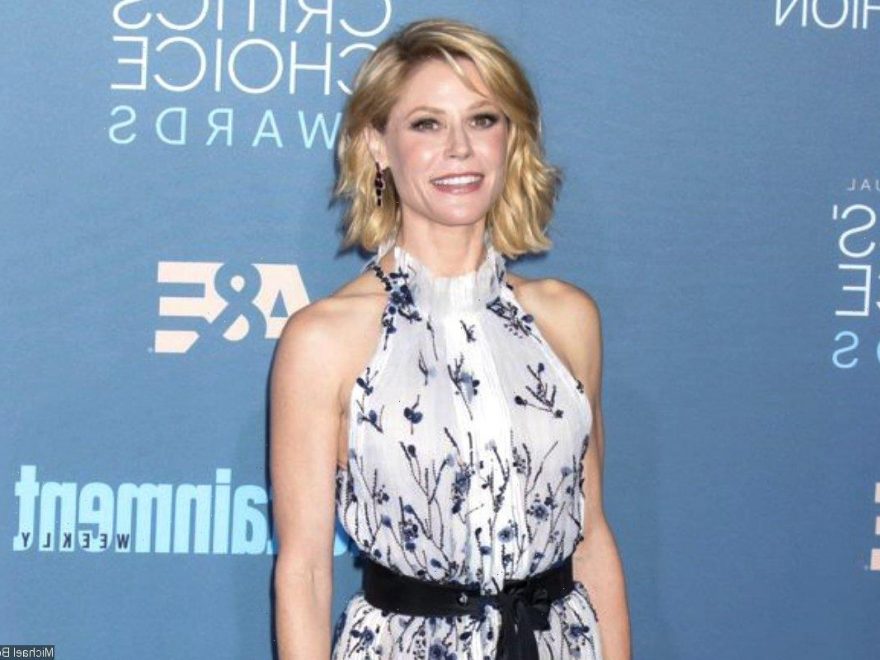 While guest-hosting on late night chat show ‘Jimmy Kimmel Live!’, the ‘Modern Family’ actress set the record straight on her heroic action, giving all the credit to her sister.

AceShowbiz -Actress Julie Bowen is giving all the credit to her doctor sister and her handy son for saving a distressed hiker.

The “Modern Family” star and her sister, infectious disease specialist Dr Annie Luetkemeyer, were recently hiking at Utah’s Arches National Park when a woman collapsed and hit her head.

The injured hiker, Minnie John, gushed about how the sisters came to her aid in Facebook post, which led to headlines about Julie’s heroic role in the emergency.

However, Bowen set the record straight while filling in as guest host on late night chat show “Jimmy Kimmel Live!” on Tuesday, August 17, insisting she was “useless” during the incident.

“As my sister Annie unrolls the gauze in front of bloody Minnie John and opens it, she says, ‘Does anyone have a knife?’ Of course [my son] had a knife. I’ve never seen a 14-year-old that happy.”

“[Minnie] started looking at me weird and she said, ‘Why do I know you? Are you an actress?’ And I was so embarrassed about how useless I had been I said, ‘Yes! I am! I’m [‘The Hunger Games‘ star] Elizabeth Banks!’ But then my sister told her I was on ‘Modern Family’ and Minnie was a fan and got very excited.”

“Look, I know this isn’t the point here. But believe me, getting recognised by someone who has sustained serious injury is extremely flattering. So just to recap, everyone helped save this woman. My sister, my twins, my knife-y son. And I did nothing.”