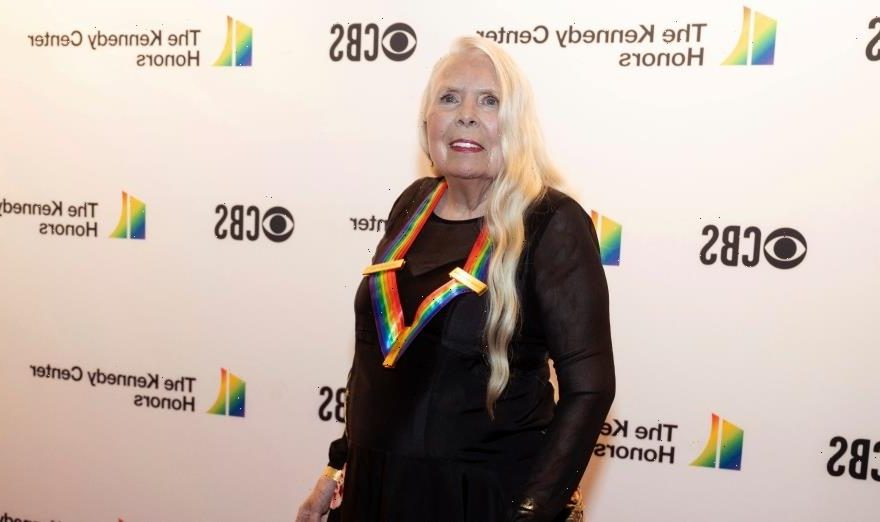 Musical stars lined up to pay homage to Joni Mitchell in Las Vegas on Friday evening, with the tireless artist and activist being named Person of the Year at the 2022 MusiCares gala.

“We are so excited to bring together an amazing lineup of artists to celebrate the musical career of Joni Mitchell. She is being honored not only for her iconic music and lyrics, but for her trailblazing spirit and the inspiration she’s brought to so many singer/songwriters,” said Laura Segura, Executive Director of MusiCares.

The Canadian singer-songwriter was the centre of attention at the dinner and concert, which raised funds for the charity MusiCare’s programs and relief efforts, supporting the music community in times of need.

Mitchell has enjoyed a fresh wave of appreciation in recent times with her song ‘Both Sides Now’. Originally recorded by Judy Collins before Mitchell made it her own, the song was central to the Oscar-winning film CODA, and Ricky Gervais also used it as the soundtrack to his emotional final scene in the third season of his Netflix mega-hit Afterlife.

Now in her late seventies, Mitchell is still fighting the fight with that same spirit recognised by Laura Segura. In January this year, she announced that she would be removing her music from the Spotify streaming platform in solidarity with her friend Neil Young, who requested his music be removed from the service because of Covid misinformation spread on Joe Rogan’s wildly popular Spotify podcast. The company reportedly lost over $2 billion in market capitalization after Young pulled his music.

Outrage Over Will Smith Call With Oscar Brass; Rock Not Asked If He Wanted Smith Removed; Packer Speaks