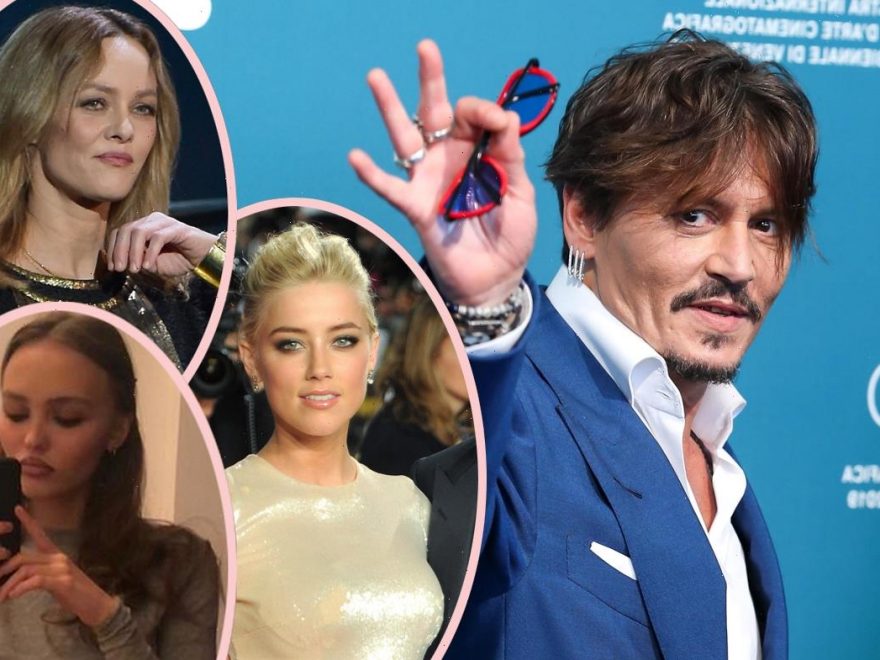 In the “he said, she said” of his defamation trial against Amber Heard, one of the most substantial weapons in Johnny Depp‘s arsenal has always been all the women in his corner.

The man has had so many women in his life, and to a one they all have shared only positive sentiments about the man, all denying he was ever abusive to them. While it doesn’t prove he didn’t hit Amber, it’s also not helping support the portrait she has presented of an out-of-control wife-beater.

But… what if he didn’t treat all of his exes so well as everyone has says? What did he say about them behind their backs?

See, the Pirates of the Caribbean star stated in the trial that the extent of Amber’s relationship to his children, Lily-Rose and Jack, was to invoke them while mocking him, saying he was a “bad father” and that his own children hated him. For instance, in one audio recording she taunted Johnny by saying:

Oof. Johnny testified this week that Amber brought up his children in arguments “too often” — but that their actual relationship was “nonexistent.” Why? He told the court:

“My kids are far more intelligent than I am and they… refused to be around her anymore… They didn’t like the way she treated me, which was written in a very elegant letter by my daughter actually to Ms. Heard.”

There’s plenty of evidence to support that. Heck, Lily-Rose even skipped the wedding!

But Amber’s team, in an ostensible attempt to rebut that testimony, provided the court with a text message Johnny had written to his friend, Sir Elton John, apparently at the height of his enchantment with Amber. He wrote:

“On the other side of the coin… my kids have fallen head over heels in deep love with Amber (my girl) and that pressure off my shoulders is f**king gone!!!”

The text continues, however, by using some truly awful language to describe the kids’ mother. He wrote about Vanessa:

“That is unlike the French extortionist (ex c***) attempts to brain wash them against her… which, I’m sure is imminent.”

Oof. That is awful.

Even after what we’re sure was an acrimonious split, in which he left the mother of his children after 14 years for a much younger co-star, that kind of language is so uncalled for. And to a knight!

The text doesn’t actually necessarily rebut Johnny’s testimony that his kids grew to hate Amber — even if they were “head over heels” for her at some point. People fall out of love fast and hard (case in point, this WHOLE TRIAL). What it does, though, is sully Johnny’s pristine record with his exes. After all, if he could say such a cruel, vulgar thing about Vanessa, what else could he do?

Obviously, running your mouth (or your fingers on a smart phone as the case may be) is a far cry from swinging a fist. So once again, this is still not proof of domestic violence. But it does help Amber’s portrait of Johnny as a man with a mean streak the public didn’t see. No more Mr. Nice Guy, as his pal Alice Cooper might say.

What do YOU think, Perezcious readers? Does this text change anything for you??