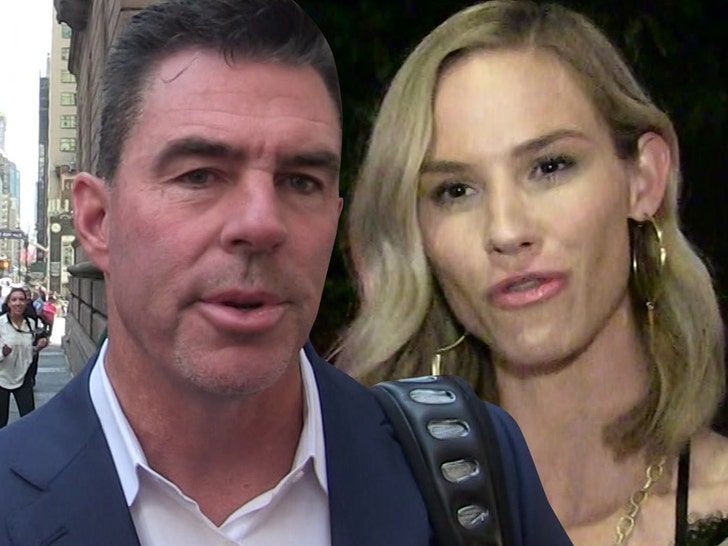 Retired MLB star Jim Edmonds is pissed at his estranged wife for being reckless with COVID — he claims her partying and jet-setting ways put his family in danger.

Jim’s estranged wife, “Real Housewives of Orange County” alum Meghan King, says she’s isolating after testing positive for COVID-19. Jim’s rep, Steve Honig, tells TMZ … he thinks Meghan has a lot of explaining to do because she attended a major Halloween event in St. Louis before jetting down to Miami, where she continued to party.

So, he says Jim’s hardly surprised she announced she tested positive … but he is pissed.

Videos and pictures from the Halloween bash show Meghan rubbing elbows with tons of people, the vast majority of whom are not wearing masks.

And, photos from Meghan’s trip to Miami again show her with lots of maskless folks. She says she loves feeding her “wanderlust spirit” … even in a pandemic.

A source close to the situation claims Meghan came over to Jim’s house after her Miami trip to pick up their kids … after allegedly being exposed to the virus. The source claims Meghan was hugging and kissing the kids, putting not only their children at risk, but also Jim’s girlfriend.

Our source claims Meghan’s lying about the timing of everything to make it seem like her reckless partying has nothing to do with her positive COVID diagnosis.

We’re told after Meghan went public with her diagnosis Sunday, Jim reached out to her directly and expressed disappointment with her lack of responsibility.