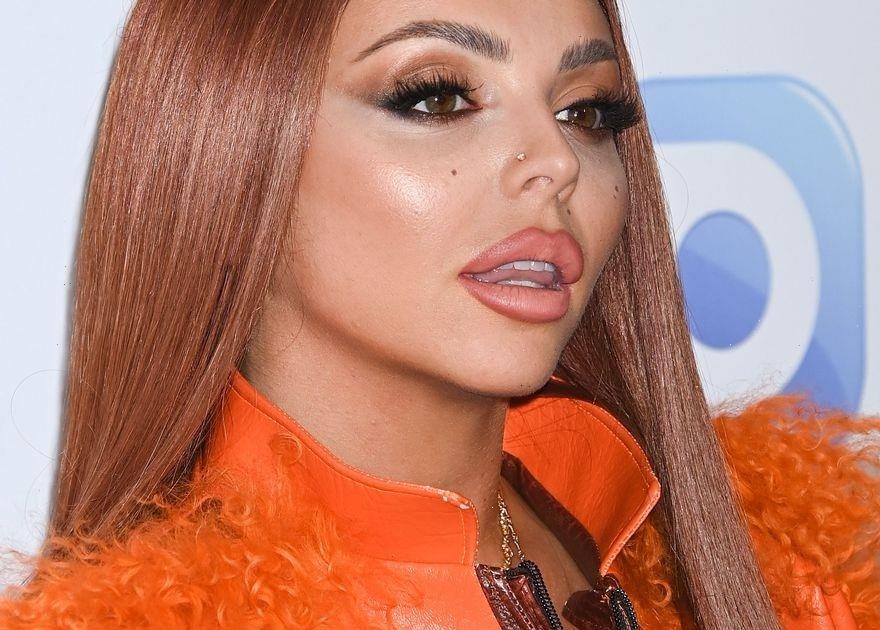 Jesy Nelson has faced fresh backlash after she was accused of mocking the blackfishing accusations with her Jingle Bell Ball red carpet look over the weekend.

Former Little Mix singer Jesy, 30, was accused of blackfishing in her music video for her debut solo single Boyz, which she hit back at.

Blackfishing is a practice where a non-black person styles themselves to appear black or racially ambiguous.

Months on from the criticism, Jesy was photographed wearing a brown and orange leather ensemble as she prepared to perform at Capital FM's Jingle Bell Ball on Saturday 11 December.

Get exclusive celebrity stories and fabulous photoshoots straight to your inbox with OK!'s daily newsletter. You can sign up at the top of the page

Jesy's outfit comprised of a pair of brown and orange combat-style trousers, a brown bralett top and an orange jacket.

The jacket had the logo Market Black, which is an independent fashion brand, embezzled on the front, but as Jesy posed on the red carpet for the event, the word Market was covered by her hair.

Jesy, who was recently verbally abused on a night out, had shared photos of her red carpet look on her Instagram page, but later deleted the snaps.

Following the red carpet appearance, critics took to Twitter to accuse Jesy of mocking her previous accusations of blackfishing.

One critic tweeted: "Wearing this jacket and covering part of the wording so it just says 'Black' proves that at this point Jesy Nelson and her entire team are just trolling and mocking Black women now. And it reeks of ignorance, arrogance, desperation and misogynoir."

A second added: "I now think jesy nelson is just trolling us all".

While a third said: "Not ms jesy nelson wearing a jacket with “BLACK” written on it after everything im screaming".

"Jesy Nelson said Black fishing who? My sista literally got BLACK on her jacket IKTR," another added.

But, some fans jumped to her defence as one said: "Isn’t Jesy Nelson’s jacket actually from a small black owned business though it’s cute af and I get what y’all saying but like this isn’t the one to complain about".

As a second added: "I actually think people are quite horrible to jesy nelson, they would criticise her about anything".

While a third pleaded: "can people leave jesy nelson alone".

A source has since said Jesy is "so upset" by the red carpet photos and it cast a "huge dark cloud over her performance".

The insider told The Sun: "She had no idea, when her hair was pulled over one shoulder on the red carpet, that it was covering the start of the logo.

"Her team didn’t say a word when it was happening and even posted the picture on Instagram before deleting it a few minutes later.

"Jesy was so upset when she was told what had happened and was shown the photographs. She was totally focused on her performance and this put a huge dark cloud over everything.

"Those close to her were furious and said she should sack her stylist. It was such a stupid thing to do and it made Jesy look like a fool again."

Stay up to date on all the latest news on Jesy Nelson and much more by signing up to our daily newsletter, here.