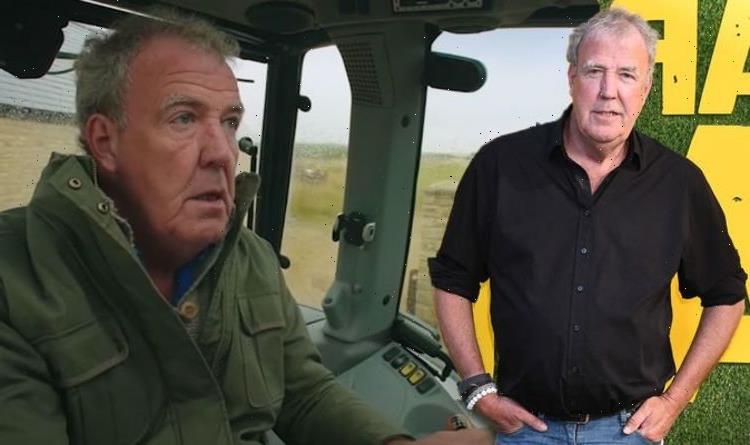 Who Wants To Be A Millionaire? presenter Jeremy Clarkson last year turned his hand to farming, despite having no previous experience. While his latest online programme may be a roaring success with viewers, the broadcaster has stated his farm is an “expensive failure”.

So you’ve made £144 profit from the arable farm.

Jeremy, 61, has been left heartbroken after discovering the profits from his first year as a trading farmer.

The journalist has documented his journey to becoming a trader through his Amazon Prime programme, Clarkson’s Farm.

While it may be attracting many fans, accounts for Diddly Squat farm suggest that the move wasn’t financially beneficial.

The former Top Gear host sees thousands of fans flock to his Cotswolds farm shop on a weekly basis, but it appears that after examining his costs, Jeremy has been left rather disappointed.

In the season finale of Clarkson’s Farm, it was revealed that Jeremy had made just £144 in his first year of the business, after deducting eyewatering costs from his profits.

During a discussion with his land agent, Charlie Ireland, Jeremy admitted that financial woes were not something concerning him for the time being.

Charlie said: “It hasn’t been a great year for farming, generally…

“I read in The Times that it’s been the worst year for farmers since 1976.”

He went on to inform Jeremy: “So you’ve made £144 profit from the arable farm.”

Responding to the shocking discovery, Jeremy said: “Fortunately, we have this subsidy, when that goes, what are farmers going to do?”

One episode saw Jeremy splash out around £40,000 on a Lamborghini tractor but later realised that the lavish motor was far too big for his barn.

Discussing his losses while revealing he often has to throw away produce, he said: “I throw away all the stuff I picked the day before because it doesn’t sell because no one likes vegetables these days.”

The Doncaster-born star was also forced to remove dozens of bottles of water from his farm shop after discovering they “had s**t in” them — causing a major scare.

He went on to confirm that while the “s**t” was not faeces, it was in fact bacteria, he had to dispose of the product with immediate effect.

Jeremy’s girlfriend, Lisa Hogan, who works in the Diddly Squat farm shop, was visibly shocked as she exclaimed: “What?!”

Clarkson’s Farm series one is available to stream on Amazon Prime.