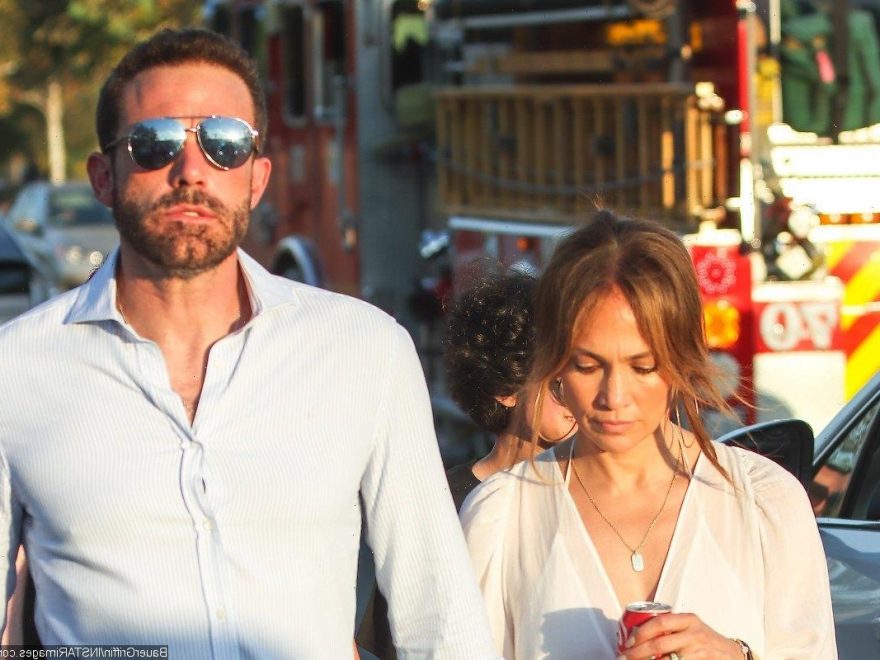 The ‘Jenny From the Block’ hitmaker admits she had ‘a little PTSD’ from the trauma over her highly-profiled separation from the ‘Justice League’ actor decades ago.

AceShowbiz –Jennifer Lopez suffered “a little PTSD” about marrying Ben Affleck. The 53-year-old singer-and-actress exchanged wedding vows with the “Argo” filmmaker in a low key ceremony in Las Vegas last July and she admitted they opted for the secret wedding because she was finding planning a lavish occasion too “stressful” and was also concerned about history repeating itself, having been engaged to Ben almost two decades ago before they went their separate ways.

“We were planning to get married in August in Savannah, the family was going to be there, everyone’s going to be there, and it was so stressful. A month before, and I don’t know if you guys know this, but 20 years ago we were supposed to get married. And it kind of all fell apart back then and this time, I absolutely had a little PTSD and I was like, ‘Is this happening?’ ” Jennifer, who reunited with Ben in 2021, said on “Jimmy Kimmel Live!“.

The “Shotgun Wedding” actress revealed Ben, 50, planned all the details of the Vegas ceremony at the Little White Wedding Chapel. She continued, “We were so happy, but I just felt the wedding was so stressful. And one day Ben just said, ‘F*** it, let’s just go to Vegas and get married tonight.’ … He was like, ‘Go to rehearsal [for your show], when you get back here I’m going to have everything all set up.’ “

When the time came, the pair stood in line for their marriage license for two hours and enjoyed chatting to the other happy couples waiting to tie the knot. Jennifer recalled, “It was very funny because you have to go and get the license first and the whole thing.”

“We were just, like, in line with them from 10 to midnight. We went at the last, last minute. Everybody was kind of chill. Nobody was freaking out or anything, but they were talking to us like, ‘Hey what are you doing here?’ And we were like, ‘We are getting married.’ “

The couple – who married again in front of friends and family in Georgia the following month – turned down the chance to have an Elvis Presley impersonator officiate their Vegas nuptials. The “On the Floor” hitmaker said, “They said, ‘Do you need Elvis?’ and we were like, ‘No, we don’t need the Elvis impersonator, just whoever is there who can legally marry us that’s who we will take.’ “