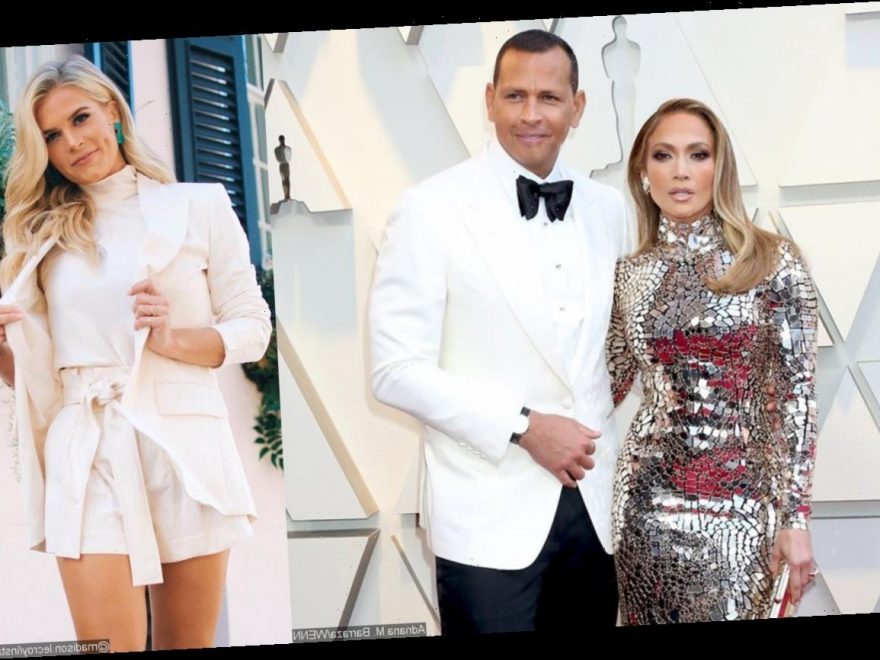 The ‘Hustlers’ star was said ‘really embarrassed’ by the tabloid headlines linking her ex-fiance to the ‘Southern Charm’ cast member, though the reality TV star assured that ‘he’s never physically cheated on’ J.Lo.

AceShowbiz –Madison LeCroy is brought up in Jennifer Lopez and Alex Rodriguez‘s alleged split. Amid reports that the couple has called it quits, the reality TV star is now blamed for it, after she was accused of having an affair with the former MLB player earlier this year.

The “On the Floor” hitmaker and the former pro baseball player reportedly finally decided to part ways after he was linked to the “Southern Charm” star, because the Bronx native was “embarrassed by it.” A source tells Page Six, “The Madison LeCroy scandal was the reason they finally broke up. There were already problems, but Jennifer was really embarrassed by it.”

The Madison and A-Rod affair speculation started after her “Southern Charm” co-star Craig Conover claimed in the season 7 reunion of the show that she was “flying around the country sleeping with men, married men.” Going into the details, he added, “You flew to Miami to f**k an ex-MLB player,” which was backed up by Madison’s ex-boyfriend Austen Kroll.

People then assumed that the married ex-MLB star was A-Rod, which was quickly shut down by Madison’s sister Kaci LeCroy Davis. “ARod’s not married!” so Kaci stressed in late January.

Madison herself has addressed the affair speculation with A-Rod. While admitting that she had been FaceTiming the 45-year-old hunk, she claimed that they never met in person. “He’s never physically cheated on his fiancee with me,” she told Page Six in February, adding, “I don’t want anything bad for his family, or for mine. We are definitely innocent in this.”

J.Lo and A-Rod are rumored to have broken up as they have been spending time apart, with the former filming her new movie “Shotgun Wedding” in the Dominican Republic and him in Miami to prepare for baseball season. The pair, who got engaged in early 2019 after two years of dating, were forced to postpone their wedding twice due to COVID-19 concerns.

Meanwhile, Jose Canseco didn’t miss the chance to troll his nemesis A-Rod with the split rumors. Soon after the reports hit the web, he took to Twitter to weigh in on it, writing, “No surprise.” He further trashed the former New York Yankees star, claiming, “Alex Rodriguez is the most predictable person on this planet,” after predicting the couple’s split earlier this year.

Jose went on predicting that A-Rod will next date “a 25 to 30 year old hot fitness model,” adding, “the truth hurts.” He additionally took the chance to hit on J.Lo, tweeting, “Hey Jennifer Lopez by the way I am single And I can be faithful.”