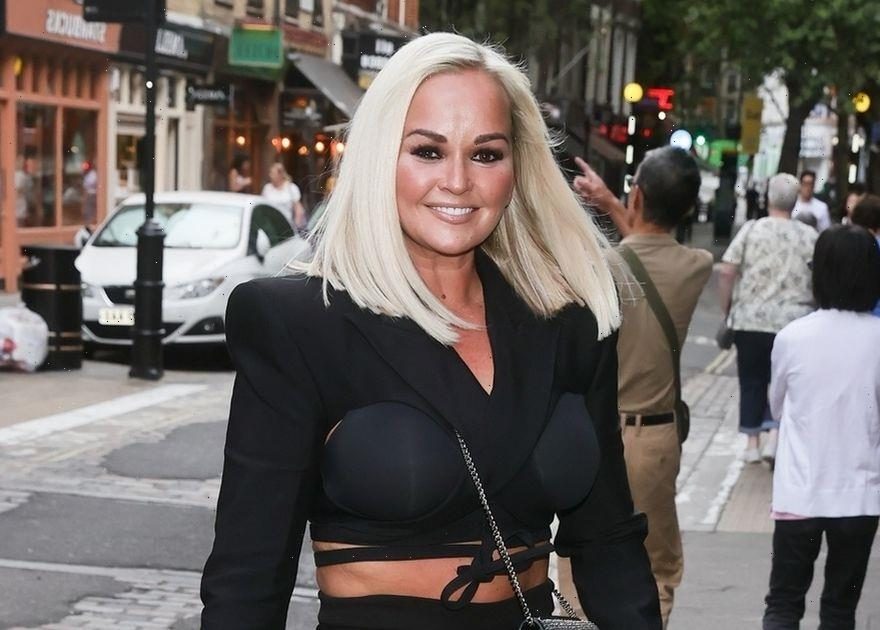 The former Brookside actress, 39, who was forced to fight The Only Way is Essex star Pete Wicks in last night's opening episode, could be seen displaying her three stone weight loss as she showed up to a party to launch the Channel 4 show.

She cut a chic figure in a black co-ord, which featured a cropped blazer with ties fastened around her tummy.

It was paired with sleek black flared trousers and open toe platform heels, finished off with a sparkly YSL handbag that costs around £1,500.

Jennifer has been oozing confidence of late following her weight loss, most recently posting a series of snaps in a hot pink bikini showing off her gym-honed body while on holiday with husband Rob Tickle and their three kids.

The actress has been open about her struggles with her weight since becoming pregnant with her children, and went on to ditch "fad diets" and follow a gruelling health regime to transform her figure, after revealing she had gained weight due to "self neglect" and post-natal depression.

According to The Mirror, she said at the time: "I’d had three babies. I am happily married and content and the weight creeps on. I’m not embarrassed.

"When you sell pictures of yourself, people are going to be interested when you don’t look great. I’ve never got upset over it.

"I was in Brookside when I was 12, I’ve grown up with it. You have to take the rough with the smooth."

This isn't the first time Jennifer has documented her weight gain with fans, having previously revealed in 2017 that she had gone from a size 18 to a size 10 in just three months.

The first episode of the latest celebrity series saw contestants fight one another, which left TOWIE star Pete Wicks reduced to tears as he was forced to fight Jennifer, explaining that the idea of raising a hand to a woman made him feel nauseous.