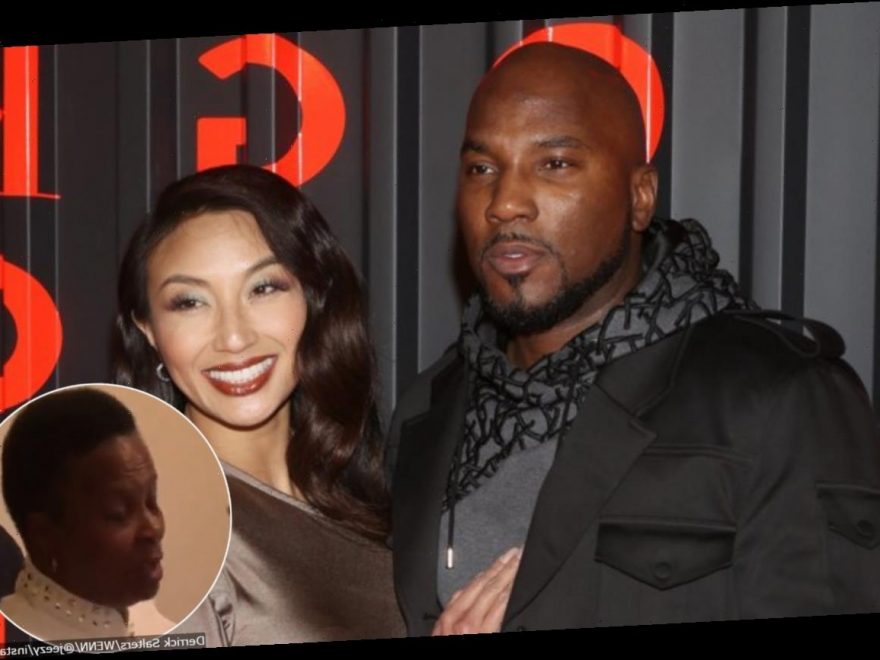 Meanwhile, some others are more interested in discussing whether Jeezy put his mother at a nursery home with one person criticizing Jeezy by writing, ‘Is that a nursery home sorry but I couldn’t my mama coming with me!!’

AceShowbiz –Jeannie Mai has made use of her Instagram account to share a heartfelt message in the wake of the passing of Jeezy’s (Young Jeezy) mom. In the Thursday, February 18 post that she thoughtfully pinned, “The Real” co-host paid tribute to “Mama Sharon”.

“In life, you harbored strength in love to shoulder and shine those who needed light. You raised Jay to be a great King and your daughter Trina to reign as Queen,” so Jeannie wrote in the caption alongside a video of Jeezy’s mom in the portable hospital bed while some people bid farewell to her inside their car.

“Your passing is not a moment of darkness, but a reflection that you have completed God’s purpose; to be the light for us all. Now He has called his Angel back to His heavenly kingdom. Thank you for the gift of family. I aspire and hope to be a filament of your legacy, Mama Sharon. Rest in Power,” Jeannie continued to write.

People quickly praised the TV host for the touching message for her fiance’s late mom. “a woman, Jeezy better never do her dirty,” someone wrote in the comment section. “She’s the one… rest easy momma jezzy,” another fan added.

“She’s such a respectful stand up woman, everything she does & say she does it with so much class and grace,” another fan opined. Echoing the sentiment, someone else commented, “She a real one cause lord knows I wouldn’s even whisper a sweet gesture to my ‘mother in law’ let alone pin a sweet message!”

Meanwhile, some others were more interested in discussing whether Jeezy put his ailing mother at a nursery home. Criticizing Jeezy, a person wrote, “Is that a nursery home sorry but I couldn’t my mama coming with me!! Especially if I’m rich.” Also being against to putting their parents at a nursing home, one user added, “I’m not putting my mom in no one’s nursing home. Sorry.”

Someone, however, jumped to Jeezy’s defense, saying that it wasn’t anyone’s business. “If the ignorant people on this post it is probably a hospice place not a nursing home. Even if it was that is Jeezy business. Let that man and Jeannie Mai grieve,” so the person said.

Jeezy broke the devastating news of his mom’s passing on Wednesday, penning an emotional tribute to his mother alongside a picture of him attending her funeral. “You taught me to be a man when I was a boy,” he opened his message. “Made me man up [and] be a father when I was a kid. Raised me to be a natural born leader when I was lost. You lifted me when I was down. Inspired me when I had no inspiration. Always told me I was Bigger than my circumstances.”

Calling his mom a “Super Hero,” the 43-year-old rapper went on to write, “Feared nothing or no one.. No obstacle or set backs. One of the only people in the world I could trust. When I had nothing or no one, I had you Mamma. You was hard on me. I thank you for that. You gave me confidence when I didn’t have any. Made me feel like I can put the world on my back and walk barefoot.”

He also thanked his mom for never judging or talking down his dreams and downfalls and encouraged him instead. He penned, “I thank GOD you got a glimpse of the Man and Woman you raised and all the good we gave to world all because you gave it to us. My faith is strong. I know God has you now. We let heaven borrow our Angel. Kiss my brother Michael. Tell em we love him. And to take care of you. You are in a better place. Dancing and singing to your favorite songs. With that beautiful smile on your face….”

While the cause of her death remains unclear, Jeezy revealed back in a 2019 interview that his mom had been battling undisclosed health complications.