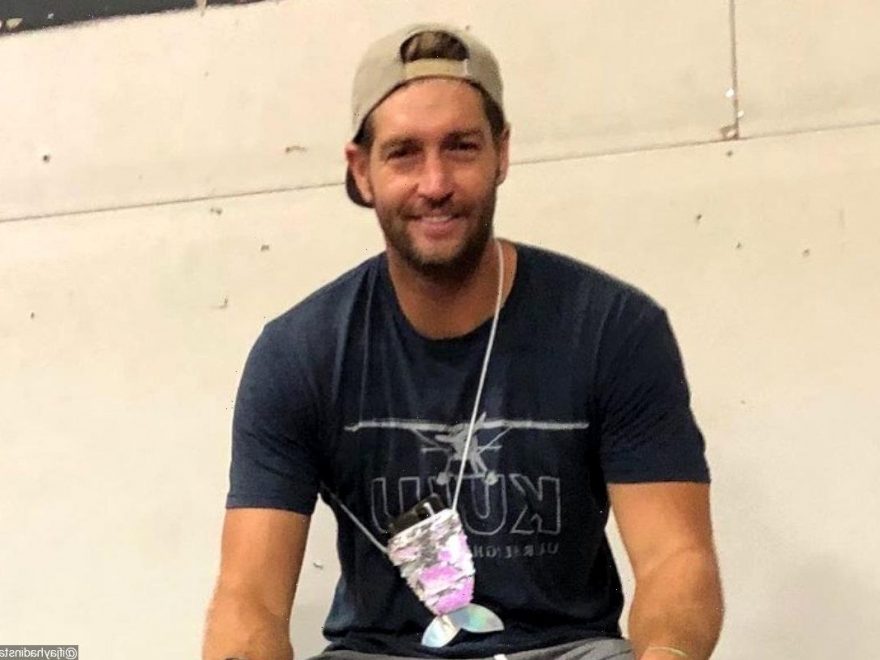 The former NFL quarterback, who shares Camden, Jaxon and Saylor with ex-wife Kristin Cavallari, reveals that he gives their younger sons a punishment after they make him worried.

AceShowbiz –Jay Cutler revealed he once got pranked by his two younger kids. When recalling the moment, the former NFL quarterback admitted that he’s so “pissed off” when 7-year-old Jaxon and 5-year-old Saylor were hiding in a treehouse while he’s busy looking for them.

The 38-year-old shared his story when speaking to TV anchor Sage Steele on his “Uncut with Jay Cutler” podcast. “They gave me a panic attack because me and oldest Camden were watching football, they were upstairs in the craft room – it was probably 20 minutes,” he first recounted. “I looked at Cam and I was like, ‘They’re really quiet, this can’t be good.’ “

After getting tired of searching for his sons everywhere, the ex-husband of Kristin Cavallari screamed. Shortly afterward, he said he heard “a little giggle” from their treehouse. “They’re laying down so I can’t see them,” he elaborated. “I’m like, ‘I need you two down here right now, right this second.’ And I’m sure I didn’t say it that nicely, but they come down and I’m like, ‘Was that funny? Did you guys hear me the whole time?’ “

“You really scared me and it’s not OK you did that,” Jay recalled telling Jaxon and Saylor after Jaxon told him that they heard him the entire time. “It was probably 15 minutes that I was looking around,” he noted. “I was really pissed off and then I was like, ‘I’m glad you’re OK.’ And [I] had to explain why that wasn’t.”

In consequence, Jay gave his children punishment by giving them “no dessert.” He also told the kids to “sit in [two] chairs for an hour” without TV or any electronics.