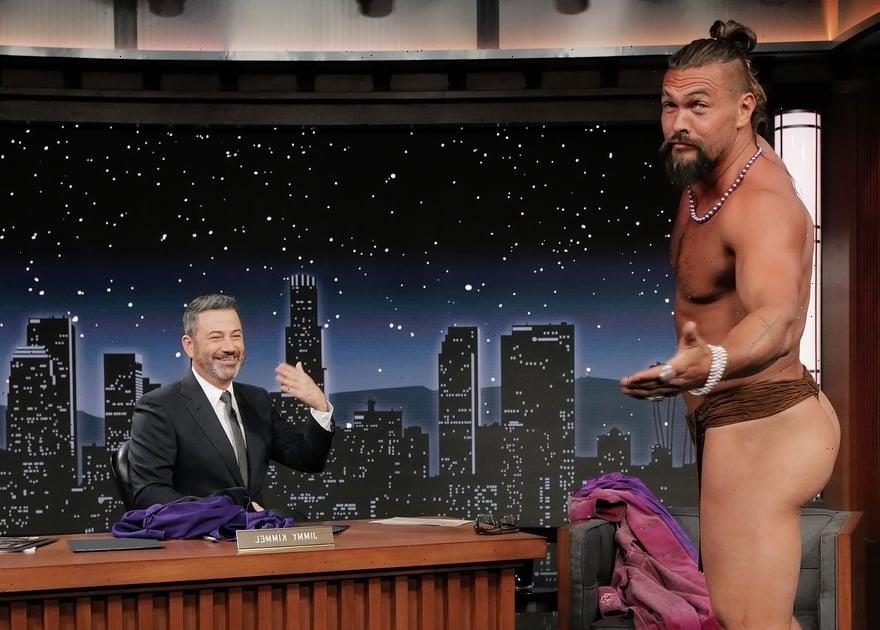 Jason Momoa has evolved past the need for clothing. The actor demonstrated as much in a Nov. 9 appearance on “Jimmy Kimmel Live,” which somehow led to Momoa stripping down to reveal the butt-baring traditional Hawaiian garment he’s grown accustomed to wearing. “I actually don’t even like wearing clothes anymore,” he said.

The topic came up when Momoa was presented with a recent Instagram Story he posted of himself fishing in a Hawaiian malo, which is essentially a loincloth with a thong at the back. Momoa, who was born in Honolulu, explained he’s been wearing a malo to prepare for his Apple TV+ series “Chief of War,” which is set in Hawaii in the late 18th century. “I was just getting ready for the role because I like to get into character,” he said. “So I was just tanning my white ass.”

Momoa then noted how comfortable the traditional clothing item is (“I’m in it every day. I wear it all the time.”) before removing his purple silk pajamas to reveal that he was wearing a malo at that very moment. Applause ensued as the “Aquaman” star made a slow, knowing turn. Then, on Nov. 16, Momoa bared his butt in a malo again in an Instagram photo and video series he posted showing off his latest outing in Hawaii, also giving a nice glimpse of his thigh tattoo.