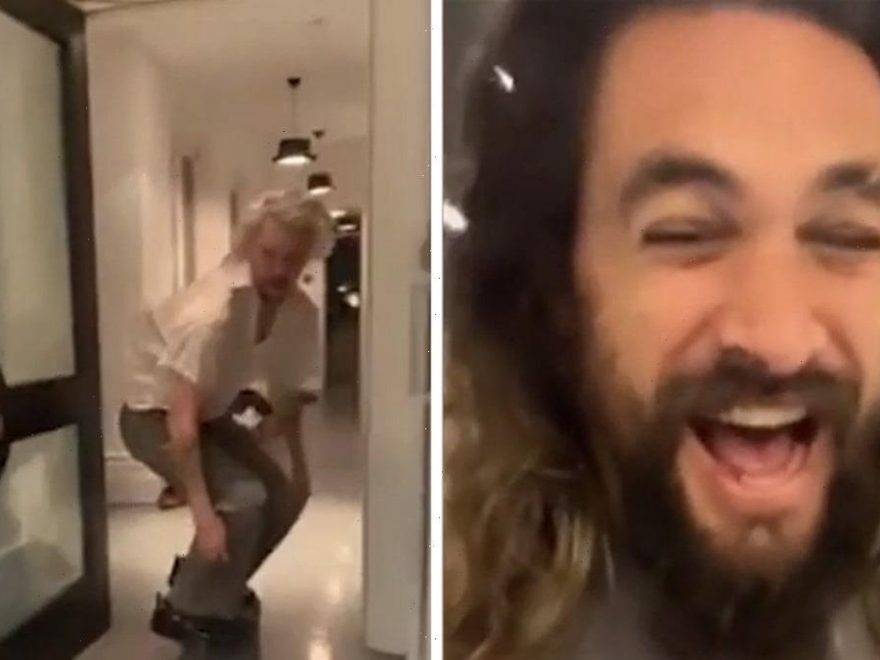 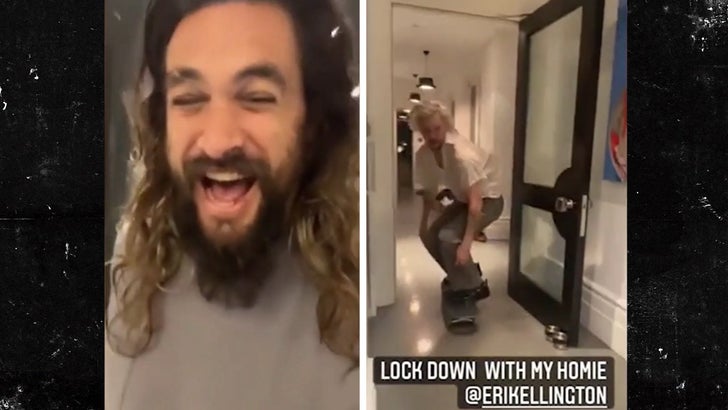 Jason Momoa is killing time as he quarantines after contracting COVID-19 — but he at least has some good (and skilled) company that’ll flip his wig … not to mention flipping a board.

The “Aquaman” star is isolating at his crib — this after coming down with the virus following the premiere of his newest flick, “Dune,” in London a couple weeks ago. He’s got an update for fans … he’s doing alright, and his quarantine buddy is totally shredding.

It looks like Jason is hunkering down with pro skateboarder Erik Ellington … whom he refers to as his roommate. He threw up a video of the guy doing a kickflip inside the residence … going from the top of one step down to the kitchen floor, which impressed JM.

Unclear why exactly they’re sheltering in place together — presumably Erik also caught the ‘rona while in Jason’s company — but in any case … they’re keeping each other entertained.

BTW, Jason also knows how to shred the gnar … guy’s a seasoned skater himself, and was hitting half pipes during the pandemic last year.

Anyway, check out this video … besides the sweet tricks going down at his pad, Jason also seems to be ready to roll out a new sneaker he’s been working on that’s environmentally friendly.

He calls ’em Drifters, and they’re being released through shoe company So iLL. He’s pretty stoked about the collab — and is in pretty good spirits in general. Get well soon, dude!