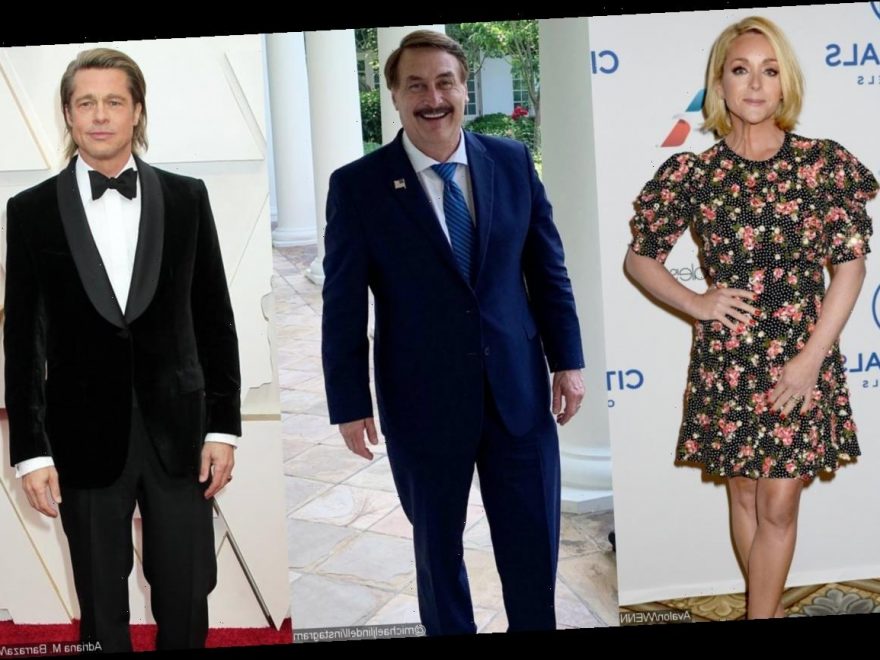 AceShowbiz –Jane Krakowski offered one hilarious response when addressing rumors about her possible romance with MyPillow CEO. Having been speculated to secretly date Mike Lindell, the former “30 Rock” actress responded by poking fun at her love life, claiming she is in a full-fledged fantasy relationship with Brad Pitt.

The 52-year-old shut down speculations surrounding her dating life via her representative. “[She] has never met Mr. Lindell. She is not and has never been in any relationship with him, romantic or otherwise. She is, however, in full-fledged fantasy relationships with Brad Pitt, Rege-Jean Page and Kermit the Frog and welcomes any and all coverage on those,” the rep said in a released statement.

The Jacqueline White depicter in “Unbreakable Kimmy Schmidt” also insisted that she never met Mike. When pressed on the matter by Daily Mail, she stated, “I’ve never met the man.” Also denying the rumors was the 59-year-old businessman who claimed, “I have never even heard of Jane Krakowski???”

Reports about Jane romancing Mike was first brought up by Daily Mail. A source spilled to the outlet that the two met in a studio while filming a show. “He sent flowers to her almost every week and champagne and bottles of different liquor,” the source detailed. “She said she had known him for about eight years and that they had been friends but then they started a relationship about a year ago.”

The source continued, “I don’t know exactly what she saw in him but she seemed happy and thought he was a good man.” Another insider additionally told the publication, “They would fight and Jane would throw all of the gifts that he had given her away. Then they would make up and there would be more gifts again.”

Jane and Mike’s rumored relationship were said to have surprised their friends because of their different political beliefs. “It surprised many of Jane’s friends because she’s such an icon in the gay community, but here she is dating one of [Donald Trump]’s biggest business backers,” one source stated. “I mean he was seen in the West Wing and at Trump rallies and he is probably responsible for half of the revenue of Fox News.”

However, Jane has reportedly broken up with Mike over the summer of 2020 when they spent time together at her rented Hamptons beach house. “This summer she started a flirtation with a new guy that she spent loads of time with in the Hamptons so poor Mike was shown the door,” a source told Daily Mail.

Another pointed out, “Jane didn’t really talk about why they broke up but she said she didn’t like the way he treated women sometimes – particularly his ex-wife.” The actress is now said to having a new beau and a new show. She is currently hosting a reboot of “Name That Tune”.