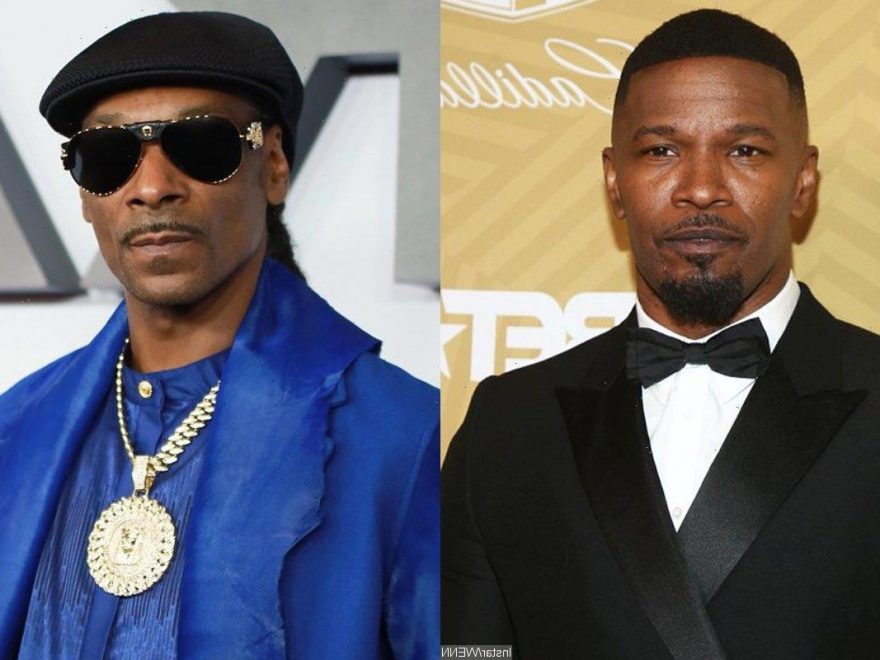 During his appearance on ‘The Tonight Show Starring Jimmy Fallon’, the actor also discusses his new book, ‘Act Like You Got Some Sense’, and explains why he talks to his daughters like adults since early on.

AceShowbiz –Jamie Foxx revealed that he once gave Snoop Dogg a rather big task. While stopping by “The Tonight Show Starring Jimmy Fallon“, the actor told host Jimmy Fallon how he got the hip-hop icon to intimidate his daughter’s boyfriend.

“What happened was my daughter, who didn’t know that I had already run a background check on her boyfriend, he comes to the crib and Snoop happens to be there,” Jamie shared. “I said, ‘Snoop there he is right there. Shake him up.’ “

According to Jamie, the “Young, Wild & Free” rapper then walked over to the boyfriend and just said, “Hey what’s up? What’s up cuz. Hey, look here you know. We her uncles, you know what I’m saying? So act accordingly homie.” The “Django Unchained” star added, “He wanted to make it clear to the boyfriend that if he ever wronged Foxx’s daughter, he’d be getting a visit from Snoop Dogg.”

Elsewhere in the episode, Jamie discussed his new book, “Act Like You Got Some Sense”, which will be released on October 19. Jamie said that in the book, he detailed that he has tried to utilize what his grandparents have taught him in Texas to his daughters in Hollywood. “In the book, you’ll see [it] doesn’t always work,” he noted.

As to why he talked to his daughters like adults since early on, the actor explained, “I wanted to break down those barriers with your daughters, because your daughter’s gonna need you. Especially when it comes to guys and relationships, I mean who else would know better than us? And so, by doing it early it pays dividends when they really have serious questions about guys I’m gonna kill.”