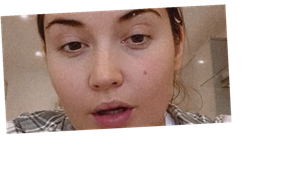 Jacqueline Jossa has admitted she hated her name when she was growing up despite thinking it is a "pretty" name now that she is older.

The I’m A Celebrity… Get Me Out Of Here queen of 2019 explained she hated her name because she believed it was a name for someone “older”.

In a new video on her Instagram story, Jacqueline began to gather her thoughts as she shared: “I was just thinking something, right, why doesn’t anybody in this day and age call their children or child… little girls, Jacqueline? It’s a beautiful name… Jacqueline.”

The mum-of-two then explained: “I know when I was younger I used to absolutely hate it. It reminded me of a teacher… it was an older name.

“I really like it now. I think it’s pretty. It’s a nice long name, ten letters, hard to spell when you’re young…”

The former EastEnders actress finished off by questioning her followers: “But like, do you know any babies called Jacqueline?” It comes just hours after many of Jacqueline’s fans waded in to tell her how great she looked in her latest Instagram post since being open about wanting to lose weight this year.

Alongside a picture of herself holding up her hoover in a mirror selfie, Jacqueline wrote: “Hoovering for more steps… WBU.”

The post saw the In The Style star wearing a checked shirt with denim jeans as she smiled for the picture.

“Looking very slim keep it up,” another added, while a third went on to say: “I get my steps by going to the fridge.”

Elsewhere, Jacqueline reminded her followers that she needs them to help her on her weight loss journey.

On Wednesday evening, the star ordered two boxes of Doughnut Time doughnuts to decorate with her kids Ella, five, and and Mia, two, she shares with her husband Dan Osbourne.

Jacqueline was tempted to have one herself, so she asked her fans whether it was okay for her to have one.

“All of you lot are telling me to just eat the donut,” she revealed after posting a poll to gather some feedback.

“I thought I told you guys if I come on here and ask whether I should eat… you’ve got to tell me no not yes! But you’ve all said, “Go on eat it!’”

She continued: “You’ve all got to be helping me and supporting me on this journey.”