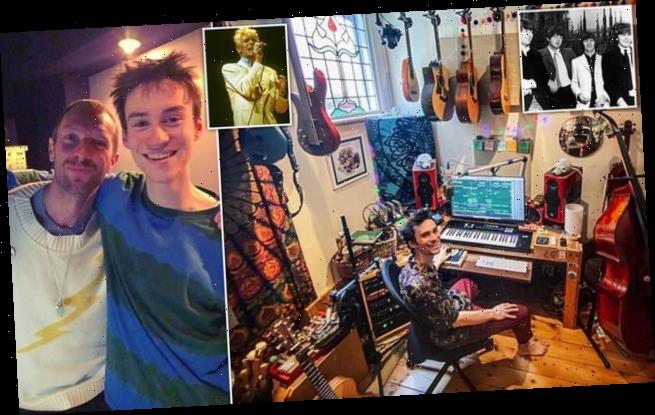 The best British musician you’ve never heard of? Brit Jacob Collier, 26, bids to win a Grammy with FOUR consecutive albums tonight – potentially out-performing the Beatles and Bowie – yet still lives at home with his mum

British artist Jacob Collier could outperform the Beatles and David Bowie if he wins a Grammy for four consecutive albums at the awards ceremony tonight.

The 26-year-old Londoner, who still lives with his mother, is nominated in three categories, including album of the year – where his R&B album Djesse Vol 3 faces big competition from hitmakers Coldplay, Dua Lipa and Taylor Swift.

A self-taught musician, Jacob has been praised in the industry for his talent, with tonight’s competition Chris Martin from Coldplay comparing him to Mozart and singer-songwriter Prince. 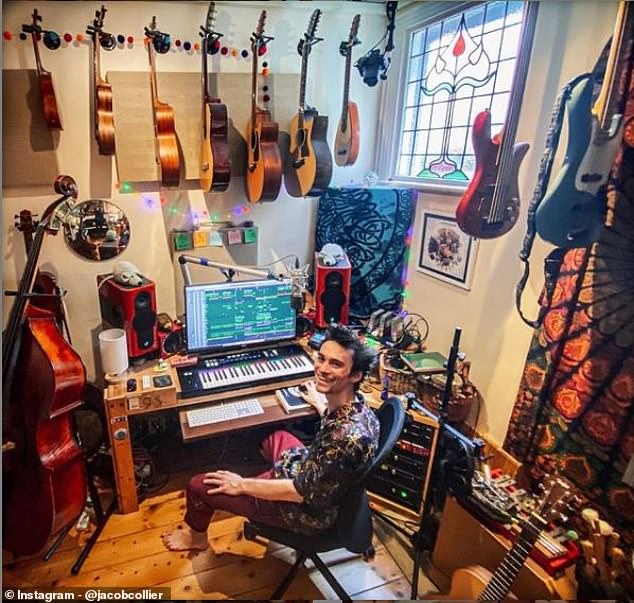 Jacob Collier (pictured in his bedroom), who still lives with his mother, is nominated for three awards at the Grammys tonight and could become a record-breaking British artist 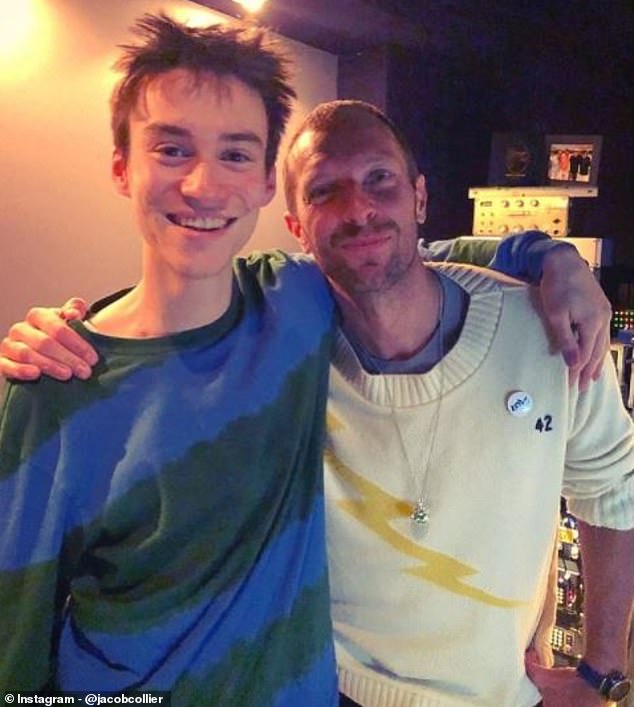 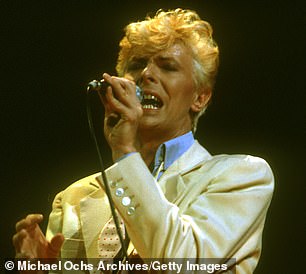 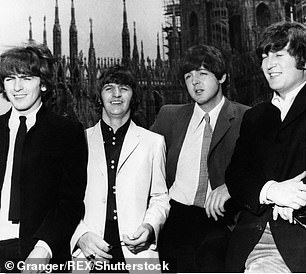 If he wins at the awards ceremony tonight, he would be the first Brit to win a Grammy for four consecutive albums, something even some of the biggest names including David Bowie (left) and The Beatles (right) were unable to do

Speaking about his nomination, Jacob told The Sunday Times: ‘Last year was surreal, at best, for everybody, but for me to have that year concluded with these Grammy nominations was very strange and surprising.

‘I don’t really mind if I win the album of the year Grammy or not. I think that in some way that nomination is the biggest possible win.’

Tonight’s Grammys will feature both virtual and in person presentations and performances.

Only a few artists have been invited to attend, including Jacob, and they are allowed to bring one guest.

He opted to invite Ben Bloomberg, a PhD student at the MIT Media Lab who Collier worked with the develop musical software for live performances.

Despite reaching such impressive heights, the former Royal Academy of Music student said while he finds compliments and comparisons to other artists flattering, he is ‘just trying to be Jacob’. 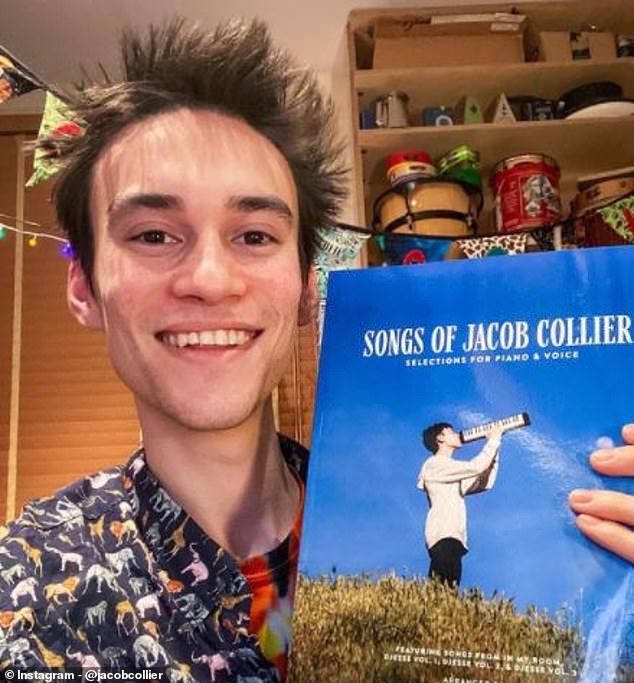 The former Royal Academy of Music student is nominated in three categories this year, including Album of the Year for his album Djesse Vol. 3 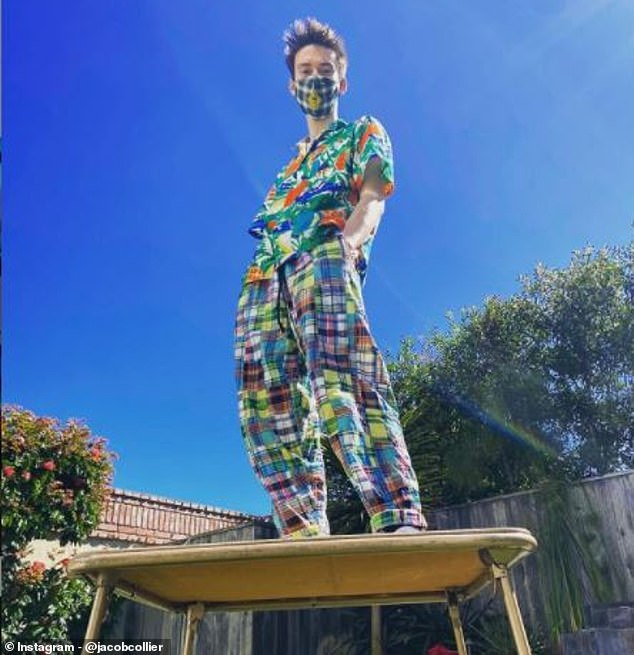 While the 26-year-old musician has reached impressive heights in his career, he said he is just trying to be himself

Jacob, from Finchley, north London, was first noticed at the age of 17 when he uploaded a video to Youtube in 2013 of a multi-instrumental version of ‘Don’t You Worry ’bout a Thing’ by Stevie Wonder.

The video went viral and even caught the attention of record producer Quincy Jones who signed him to his company in 2014.

He released his debut jazz album In My Room in 2016, which featured a collection of original pieces and covers.

Two songs from the album, his cover of You and I by Stevie Wonder and the Flintstones theme song both won Grammy awards in 2017. 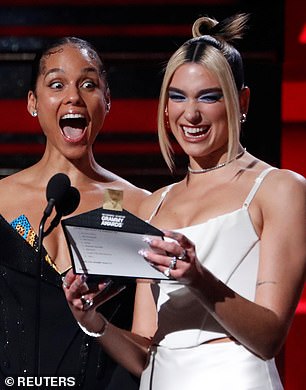 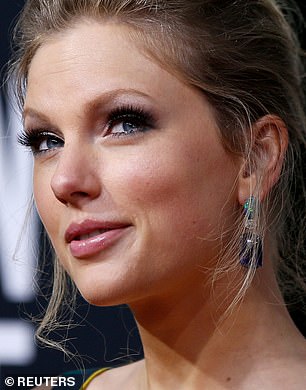 Jacob faces big competition in the Album of the Year category, up against hitmakers Dua Lipa (left with Alicia Keys at last year’s show), Taylor Swift (right) and Coldplay 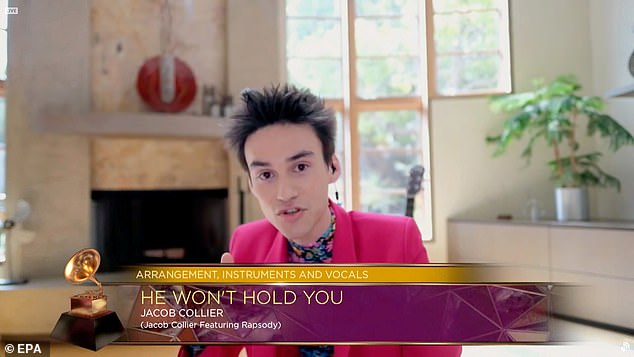 He won another two Grammys in 2020 and has already been confirmed as the winner of the Best Arrangement Instrumental and Vocals award for 2021 with his song ‘He Won’t Hold You’.

The musician starting experimenting with music software when he was around seven years old and taught himself several instruments, including keyboard, drums and double bass.

Music runs in Jacob’s family, including his mother, Susan, is a violinist, conductor and professor at the Royal Academy of Music’s Junior Academy.

His grandfather, Derek, was also a violinist who taught at the academy and performed in orchestras around the world.

Jacob Collier’s history at the Grammys

Cover: Stevie Wonder – You and I

Original song He Won’t Hold You

NOMINATED: Album of the Year

All I Need featuring Ty Dolla $ign and Mahalia