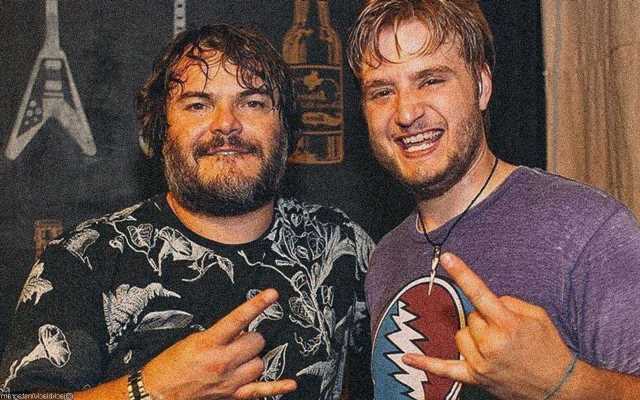 The actor, who portrayed kid drummer Freddy ‘Spazzy McGee’ Jones in the 2003 film, passed away at the age of 32 after being hit by a car while riding a bike.

AceShowbiz –Jack Black is mourning the death of his “School of Rock” co-star. Upon learning that Kevin Clark died at the age of 32 after being hit by a car while riding a bike, the Dewey Finnn depicter in the 2003 movie said he was “heartbroken” by Kevin’s passing.

On Wednesday, May 26, the 51-year-old actor unveiled some pictures of him with the late drummer on Instagram. He captioned it, “Devastating news. Kevin is gone. Way too soon. Beautiful soul. So many great memories. Heartbroken. Sending love to his family and the whole ‘School of Rock’ community.”

Also offering tribute to Kevin was Rivkah Reyes. Sharing a photo of the two on set, the kid bassist Katie depicter wrote, “we spoke yesterday about him being on an episode of where are we now. i know it would’ve been chaotic and hilarious and so full of love and hyping each other up because that’s how our friendship always has been.”

“i’m absolutely heartbroken. kev was my first friend on set. we instantly connected over being jews from chicago,” she continued. “i’m so sorry to his beautiful mom allison, his siblings nicole and cary, and to everyone who experienced his friendship and loving heart. i miss him so much. i am so grateful that my fellow cast mates, including jables, have been able to support each other through this day. we are a strong, loving family. love you forever, spaz.”

Kevin was struck by a Hyundai Sonata at 1.20 A.M. on Wednesday when he was riding his bicycle in the Chicago neighborhood of Avondale. Chicago Sun-Times reported that he was rushed to Illinois Masonic Medical Center. Unfortunately at 2.04 A.M., he was declared dead. TMZ claimed a 20-year-old woman who was driving the car was not arrested, but she was issued several citations.

“School of Rock” was Kevin’s only film credit. He scored a role in the movie at the age 12 because he could actually play the drums. His mother Allison Clark told the Sun-Times that his most recent project was the band Jess Bess and the Intentions, which had its first show over the past weekend on the North Shore.

“He told his bandmates just yesterday, ‘You know, this is finally the life I want to live. And we’re going to make it,’ ” Allison quoted his son as saying. ” ‘You’re my musical family – my family – and we’re all going to make it.’ “