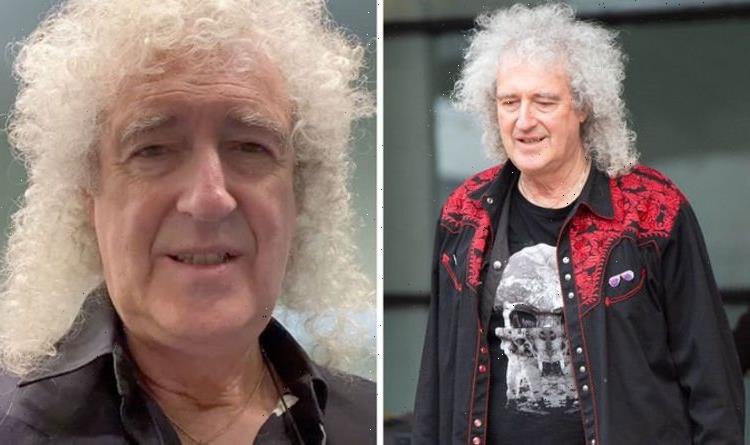 Queen guitarist Brian May took to social media this morning to hit out at “successive Conservative governments”, who he says have made a “tragic mistake”. The 74-year-old musician said he could not forgive the Tories for approving the “brutal killing” of innocent badgers, as a way of reducing the spread of Bovine tuberculosis (bTB) among cattle.

Brian, who works with a conservation team to protect local wildlife, shared his thoughts on the matter after his co-worker posted an update on her latest animal rescue.

Anne, from the Save Me Trust, filmed a young badger in her care and urged the government to change their policy.

Sharing her post with his own 2.9 million followers, Brian said it was “criminal” that the “senseless killing” was still going ahead.

Alongside her footage, she wrote: “This tiny angel gave me lots of sleepless nights to bring her back from the edge but look at that face, there’s the motivation.

“If you ever wonder why @brianmayforreal and I fight the atrocity that is the badgers cull look at that face. She deserves honesty and protection, she’s silent and innocent.

“Hundreds of thousands of badgers will die because our government says so, it’s their policy & their choice, they could stop it.

“The badger cull has had no impact on bovine Tb. If you can’t find a disease you can’t stop it.

“Time to stop the slaughter, it’s bad for farmers, cattle and badgers #wakeupdefra,” she added, in view of her 14,300 followers.

In his post, Brian fumed: “To my dying day I will never be able to forgive successive Conservative governments over the last few years for licensing the brutal killing of tens of thousands of these beautiful innocent native creatures.

“Right now, the slaughter is STILL going on. All our efforts to stop it have been in vain.

“British dairy farmers are STILL wrestling with the scourge of bovine TB in their herds, underlining the truth, now undeniable, that badger culling has been completely ineffective as a way of controlling the disease in cows.

“It has been a tragic mistake all along, the REAL reservoir of infection now known to be infected and infectious individuals within the cattle herd.

“Time to STOP the senseless killing. But the government is unable to admit to this terrible mistake. So the horror goes on.

“It’s actually criminal,” he went on to add.

“Heartbreaking to see such a beautiful and unique animal to be culled like this. These badgers are worth saving. Keep fighting!!!” Instagram user amsmithatc33 wrote in the comments section of his post.

Sharing a similar sentiment another added: “I know your heart is breaking, Brian. Mine’s breaking too for the dear badgers.

“I know you, Anne, and everyone at Save Me have worked so hard fighting for them. There’s so much information to prove that the badgers are not responsible and to cull them would be pointless. Why can’t they see that? #SaveTheBadgers.”

When the Government responded to an independent review in 2018, it said the strategy had started to “yield results”, but that it would be phased out over the coming years.

It stated: “Since the initial badger cull pilot in 2013, a policy of badger control has been rolled out in many parts of the High Risk Area (HRA) in the south-west and west of England.

“As of 2019, 57% of the HRA is now subject to a licensed cull of badgers. This policy, while difficult and inevitably contentious, is starting to yield results.

“The latest epidemiological analysis conducted by Downs and others has shown that the incidence of the disease in the first cull areas of Somerset and Gloucester has fallen substantially, by 37% and 66% respectively.”