Paul Theroux’s 1981 bestselling novel The Mosquito Coast shapes Apple TV+’ original series created and executive produced by Luther’s Neil Cross. Season 1 plays like an expanded prequel, introducing the anti-consumerism idealist and inventor Allie Fox (played by Theroux’s real-life nephew Justin Theroux) who with his family flees to Mexico on the run from the U.S. government – a plot thickener that is one of several that diverges from the novel and the 1986 Peter Weir-directed movie starring Harrison Ford.

Episode 2, titled “Foxes and Coyotes,” finds the family — played by Theroux, Melissa George as Margot, Logan Polish as Dina and Gabriel Bateman as Charlie — hiring a pair of coyotes to take them across the border to Mexico from Arizona. The plan ends in a bloody shootout and leaves the Foxes stranded in the desert.

The action and cliffhangers like that propel the seven-episode Season 1, which bowed at the end of April. The series was renewed for Season 2 earlier this month, and promises to keep the book as a guide, but not gospel. “The book has its own finite ending,” Justin Theroux said during a recent Contenders TV panel. “But it’s sort of still TBD for Neil in what areas we want to start to play in…”

The Episode 2 script by Cross is the latest installment of Deadline’s It Starts On the Page. The ongoing series highlights the scripts that are serving as the creative backbone of the TV awards season the year. The scripts are all being submitted for Emmy consideration this year and have been selected using criteria that includes critical acclaim, a range of networks and platforms, and a mix of established and lesser-known shows.

Check out the script below: 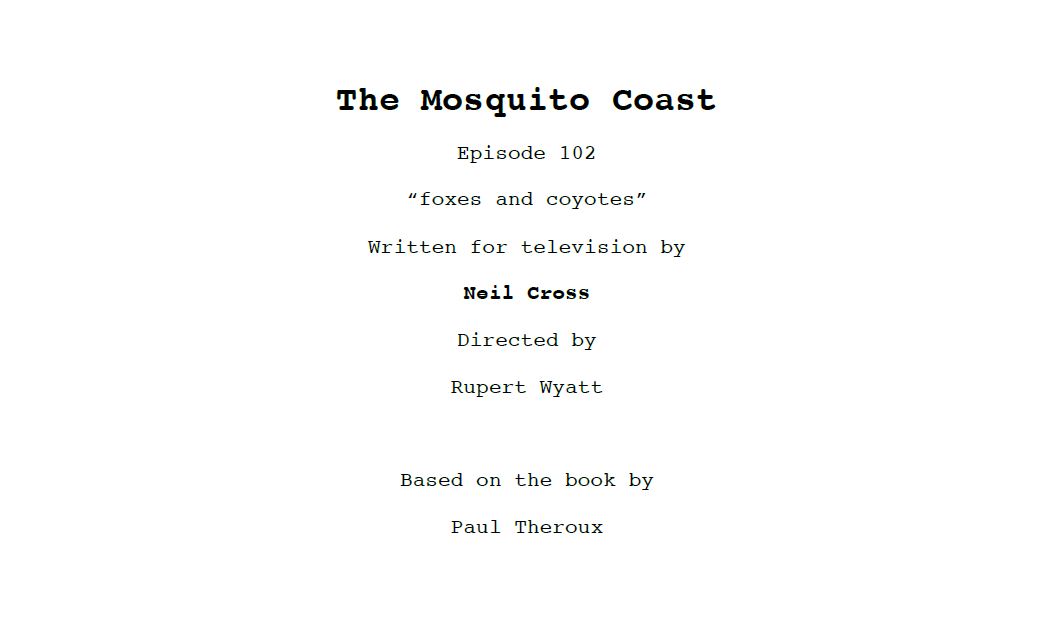 It Starts On The Page

It Starts On The Page: Make A Move & Read ‘The Queen’s Gambit’ Pilot Script By Scott Frank

It Starts On The Page: Read Jac Schaeffer’s Pilot Script For ‘WandaVision’