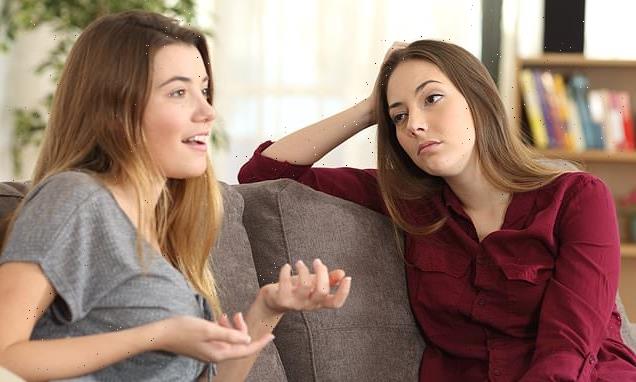 How rude! People reveal the bad manners that get on their nerves – from children who say ‘mmm’ instead of ‘yes’ to friends who ‘drop in to say hi’ unannounced

Everyone has little pet peeves that get on their nerves. But what you find annoying might not get under someone else’s skin.

People have been sharing the things they consider to be bad manners in a Mumsnet thread, from whistling to returning food at a restaurant.

The conversation was sparked after a British woman explained she hates people whistling in public.

The poster wrote: ‘Things you consider bad manners that others don’t. Inspired by an experience earlier today of having to listen to a man whistle for 10 minutes in GP waiting room. 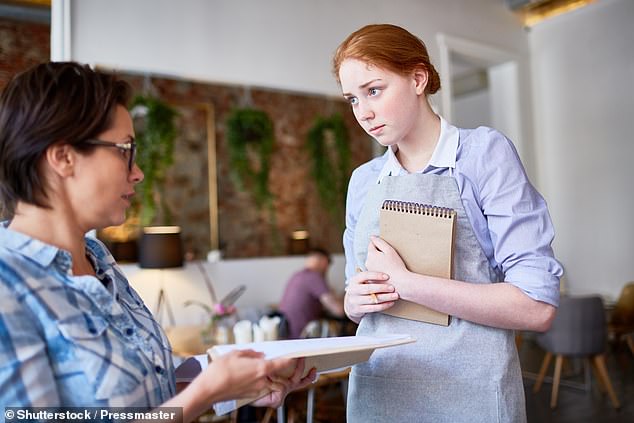 People have been sharing the things they consider to be bad manners in a Mumsnet thread, from whistling to returning food at a restaurant. Stock image

The conversation was sparked after a British woman explained she hates people whistling in public, pictured

‘Not only is it annoying but I do think it’s bad manners, but I know other people wouldn’t class whistling as bad manners. What’s yours?’

Table and restaurant etiquette was another hotly contested topic.

One posted: ‘Sending food back in restaurants – this is the very worst of [north American]/UK culture. I hate it! Just don’t go there again.

Another posted: ‘Referring to cutlery as “a cutlery”.’

A third wrote: ‘Refusing food someone has cooked for you. Outside of allergies, I do think it’s polite to at least try, but realise Mumsnet has strong views the other way on this.’ 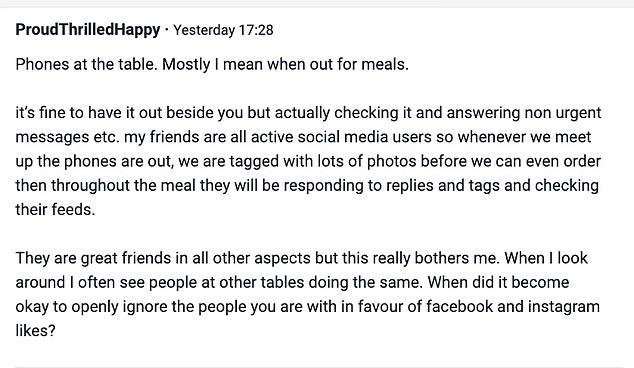 Poor table manners proved a popular source of frustration for Mumsnet users, with everything from being late to the table to playing with cutlery causing irritation

Lateness also popped up several times, with one writing: ‘Also lateness, my inlaws have no issues with turning up 3 hours late to a child’s birthday party and then wondering why they’ve missed the cake cutting.

‘I gave up going anywhere with them as they couldn’t understand why I’d be annoyed that we missed the cinema booking or the restaurant had to be phoned to push the booking back 3 times.’

Another posted: ‘Coming to the table late, even a few minutes, it really annoyed me when I was married that my exH would saunter to the table when it suited him despite numerous warnings that meal would be ready in x time.’ 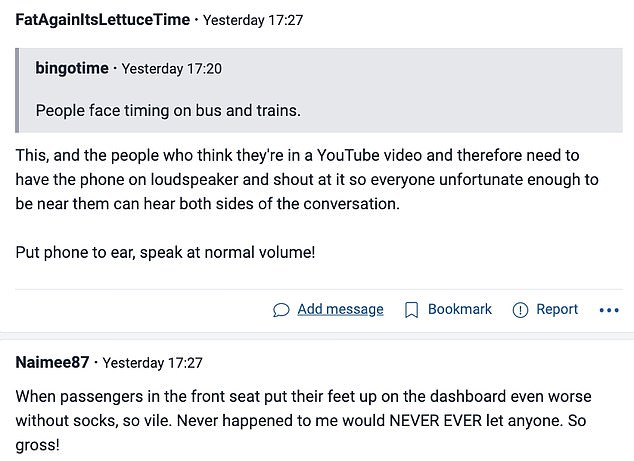 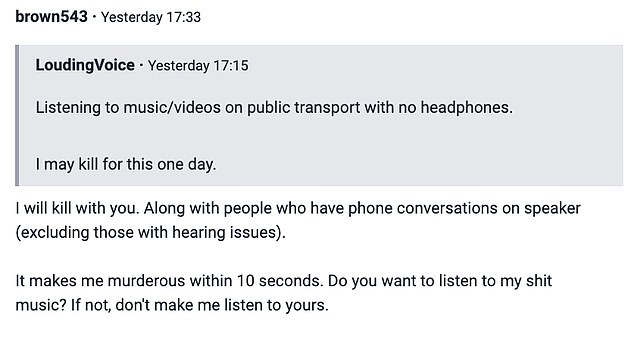 Other users took issue with people who listened to music out loud on public transport, or have conversations without wearing headphones

A third added: ‘Being consistently late. It’s not a cute personality trait that you can’t control – it’s really rude and you’re stealing time from someone.

‘I know some people have various conditions that result in poor time management etc but many people just think being late is some adorable little trait that isn’t hurting anyone else.’

Impatient people were also frustrated by slowness, with one writing: ‘People at the supermarket checkout who are looking around all tum tee tum until the cashier has finished, only then it dawns on them they have to pay and pack!’

Another added: ‘Not having common courtesy when walking or driving. If someone stands aside/let’s you through etc say thank you.

People who cut in front of you then walk really slowly. Or walk towards you two abreast forcing you into the road.

Others take issue with impolite guests, with one writing: ‘Not taking shoes off when visiting my house. I have to ask my dad every single time when he visits, otherwise he just walks straight in wearing shoes and walks through the whole of downstairs and usually up to the spare room to drop off his bag.’ 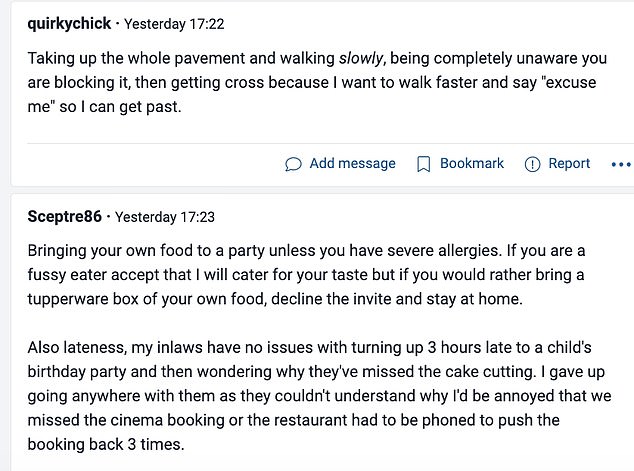