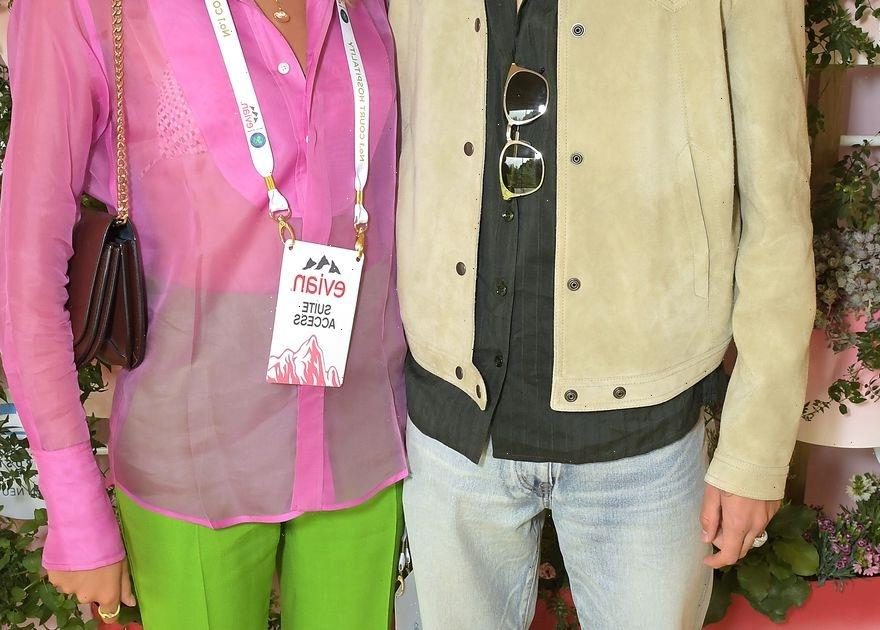 The latest power couple to come out of the Beckham family, Romeo and Mia Regan have just celebrated their three year anniversary.

As the younger brother of Brooklyn, footballer Romeo, 19, has been dating model Mia, also 19, for quite a while now while keeping mostly out of the limelight.

Because of this, it is not actually well-known how the cute couple met but their romance for each other has been made clear time and time again on social media.

Posting on social media, the footballer wrote: "3 years. Damn. I love u so much @mimimoocher," accompanied by three heartwarming photos of the pair together.

Meanwhile, Mia shared her own adorable pictures of the couple with one, in particular, showing them flaunting their outfits ahead of Brooklyn's wedding.

Romeo and Mia have been dating since May 2019 and announced their relationship in September that year.

As a model, Mia, from Chip, near Bath, is managed by Storm and specialises in working with 90s-inspired brands from all across Instagram.

During the lockdown, the couple had to remain apart from each other and quarantine with their respective parents, however, they were soon reunited in July and went on holiday together to the sun-kissed Italy.

Before getting with Mia, Romeo was in a relationship with Stranger Things actress Millie Boby Brown.

On one occasion Brown was asked what she would like to see for her character in the show, Eleven, she remarked: "Something with Romeo Beckham."

Earlier this year, Mia accompanied Romeo and his mother Victoria to London Fashion Week where they had front row privileges.

At the time, the couple were well-coordinated with muted and simple colours, demonstrating they could work off each other well.

Mia has also demonstrated a close relationship with Victoria after the former Spice Girl remarked a positive attitude after the model posted a tongue-in-cheek referencing the former's music performances.

At the time, the Mirror reported that the pair were seriously considering marriage with one source noting they were 'devoted to each other'.

A source claimed that: "Mia is close to Romeo’s mum Victoria. It was clear the couple want a long-term future together and have already spoken about being soulmates.

“Marrying quickly and young seems to be in the Beckham tradition.

“They are besotted with each other and are definitely in it for life. They also talked about how much they want a big family and can’t wait to get started.”

Unfortunately, no wedding announcement has yet been made official by the sweet couple.

For all the latest celebrity news and gossip, sign up to our daily newsletter here.