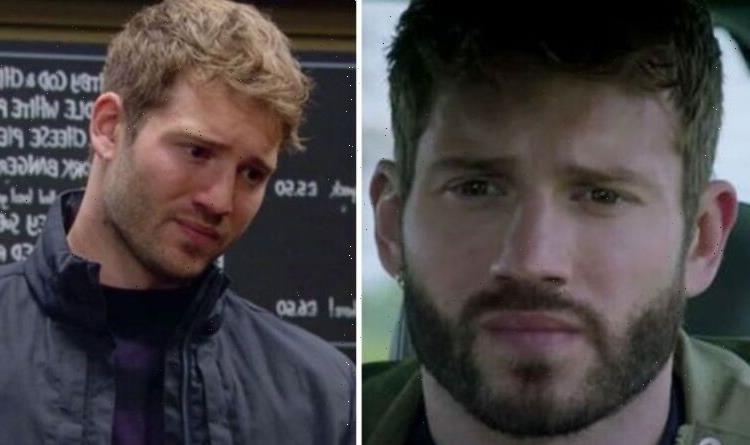 Emmerdale: Jamie Tate falls over drunk and hits his head

Alexander Lincoln has confessed to believing that soap actors have a “bad” reputation, but insists that the workload is dauntingly high – perhaps more so than fans might expect. Before the star left Emmerdale, he would regularly film harrowing scenes, enduring 11-hour long work days in the process.

“Soap actors do get a really bad rap but it is one of the most intense jobs I think you can do,” he insisted during an interview with Entertainment Focus.

Alexander’s character Jamie is presumed dead after viewers witnessed a horrifying car crash, but his body has never been found, meaning he could eventually reprise his role.

However, he hasn’t been shy about sharing how tough the filming schedule is.

Admitting that he would go home with anxiety over the workload, he explained: “Every evening you’re learning lines and you’re anxious about the next day.”

Comparing his experience on ITV’s Emmerdale with other channels, he added: “I did this thing recently for the BBC and they would shoot maybe two or three scenes a day, so comparatively, you’re like, ‘oh my god, that’s amazing!’.”

However, it has also been tough for him to tackle the unpredictable nature of TV work, going from days where his hours are constant and intense, to having long down periods with almost nothing to do at all.

“In acting you never get regular work generally,” he admitted.

“Going from the high intensity 10 to 11 hour days every day of the week to doing a project for a month, maybe less … your downtime is a lot longer in between.

“For me, it’s been finding hobbies in the meantime because you can become so anxious about the next thing.

“I found myself not focusing on the downtime and enjoying that time, and just sitting with it and experiencing life as it is.”

Fans of the soap, who witnessed his tense and tearful scenes on the show, are now anxiously awaiting his return.

However, Kim Tate (played by Claire King), who doesn’t know whether or not Jamie is alive, is guaranteed to have a dramatic reaction if she ever encounters him in the village again.

So far, Jamie has made no comment on whether his character will return.

However, he has referred to the “up side” of those high-intensity work days, claiming: “You know the character inside out because you’ve been playing it for so long.”

Meanwhile it has just been announced that Alexander will play a role in a six-part adaptation of Dolly Alderton’s Everything I Know About Love.

The announcement comes hot on the heels of news that he will also appear in a gay rugby film, In The Side.

Finally, though Alexander says it’s the stars of soaps who can get a bad rap, sometimes it’s the soaps themselves, too.

Recently BBC’s EastEnders was blasted for going over budget by almost £30 million on a recent revamp.

The show’s production manager, Rona Mcendrick also revealed on The One Show last week that the previous set, which has just been replaced, had not been “fit for purpose”.

Martin Kemp recalled moments on the show when he would struggle with the cold conditions due to the original set, which had been built in the 1980s for two years of use, not having been replaced.