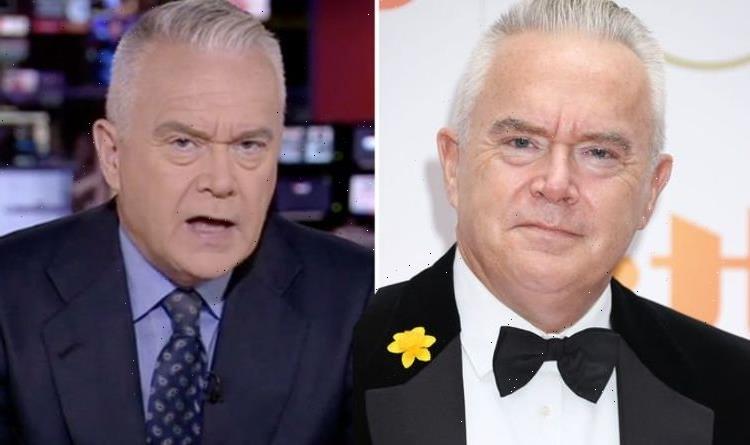 Huw Edwards said he began suffering with his mental health just before he became the main pres­­enter on BBC News at Ten in 2003. Having a job in front of the camera, the 60-year-old said people automatically believed he was confident, but this wasn’t always the case as behind closed doors he had depression.

“Like everyone that suffers with depression, you don’t get one bout of it. It comes and goes,” he spilled.

“For me, it started around 2002… I went down fairly quickly and I couldn’t understand it.

The presenter said his depressive thoughts may have been down to being unhappy at work at the time.

All of a sudden, Huw said, he began feeling overwhelmed and a bit scared.

To get through his live news reports, the father-of-five said he gave himself a pep talk and pushed himself on air.

“And then, I had another bout that wasn’t quite so severe in the years after,” he added in his Huw Edwards at 60 documentary.

The presenter has since thrown himself into a fitness regime which has improved his mental wellbeing.

“The doctor was telling me you weigh too much, you don’t do enough exercise, and you are at risk of dying early,” he added.

Huw has since gone on to take up boxing which he describes as “a peace of mind”.

“You are in some sort of a personal zone. The whole thing is about relaxing even though it is fitness.”

He added he never previously understood that there was a connection between physical and mental health.

His longest job to date is being the main presenter of the Ten O’Clock News on BBC One.

In the S4C documentary, Huw revealed his plans to stop working on the channel.

The presenter acknowledged that it was his 20th anniversary on the late night news show in 2023.

He said: “When the time comes for me to quit the job – or for them to let me go – I don’t want to put my feet up and do nothing. I’ll be looking for other work, because keeping busy is one of life’s best secrets.

“I don’t want to put my feet up and do nothing. I’ll be looking for other work, because keeping busy is one of life’s best secrets.”