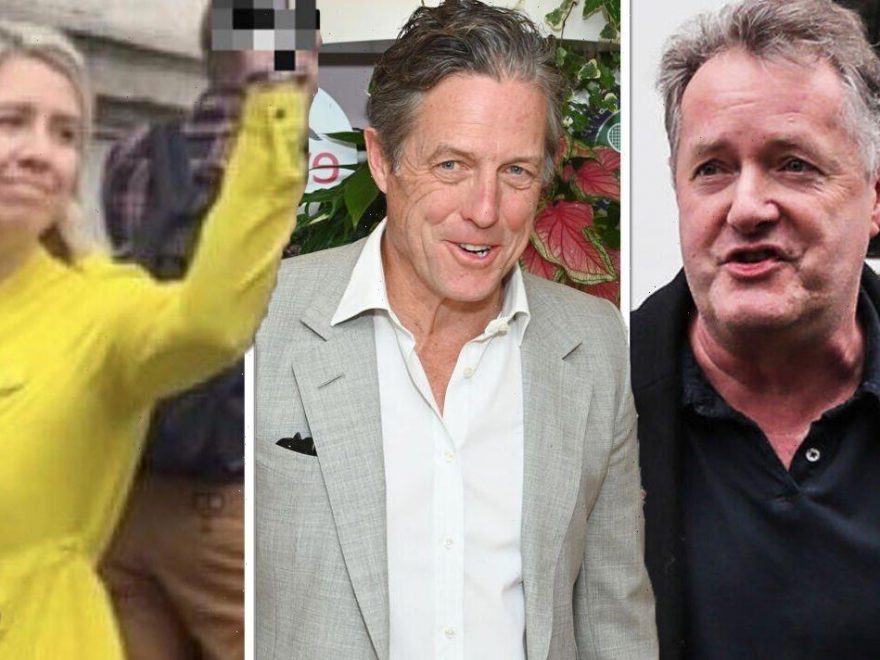 Actor Hugh Grant has savaged Conservative MP and new education secretary Andrea Jenkyns after she was filmed making a rude gesture towards protesters outside Downing Street. The Tory MP, who is a Boris Johnson loyalist, was appointed to the role earlier this week, following chaos at Westminister.

Just hours after Boris resigned as Tory party leader on Thursday, Andrea was filmed shouting at the crowd at Downing Street, “wait and see”.

Before that, she had flipped her middle finger towards the crowd as she was making her way into Downing Street.

The British actor, 61, has since reacted to Andrea’s public behaviour as social media users claimed Hugh’s payback was “well timed”.

It comes after the education minister previously blasted the Bridget Jones actor for swearing on a public forum. 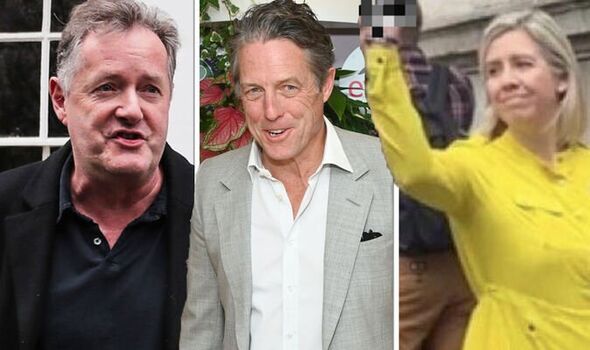 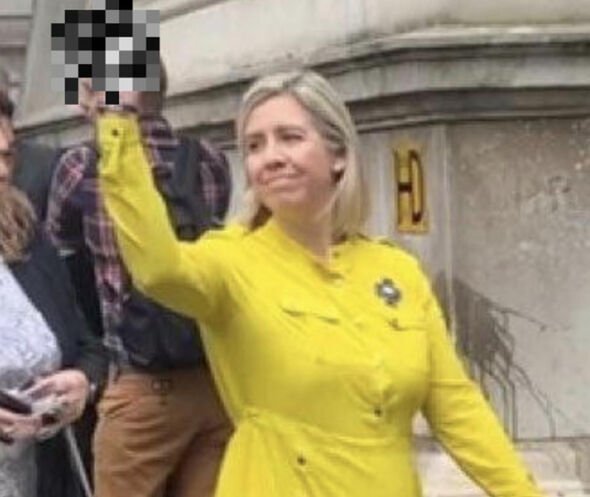 Taking to the micro-blogging site yesterday, the Love Actually star reacted, in view of his 798,000 followers.

He posted a resurfaced tweet from 2019 where Andrea had publicly blasted Hugh.

This was in response to Hugh telling Johnson on Twitter: “You will not f**k with my children’s future. You will not destroy the freedoms my grandfather fought two world wars to defend. F**k off you over-promoted rubber bath toy. Britain is revolted by you and you little gang of masturbatory prefects.” 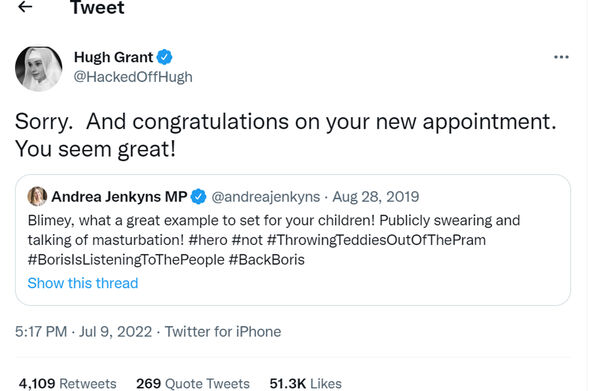 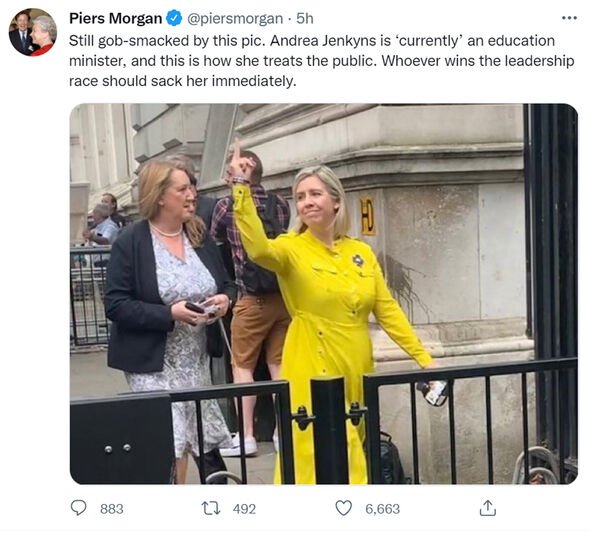 On Saturday, the actor took an opportunity to respond, as he penned: “Sorry. And congratulations on your new appointment. You seem great!”

@GailRenard praised: “As ever your timing is superb.”

@AnnaSkiing commented: “She’s such a fabulous role model for the country’s children.”

While @thecharimanbill added: “When are you making your announcement for the leadership race?”

Meanwhile, Piers Morgan has since waded into the furore as he shared his thoughts on the matter.

Taking to Twitter, he penned: “Still gob-smacked by this pic. Andrea Jenkyns is ‘currently’ an education minister, and this is how she treats the public. Whoever wins the leadership race should sack her immediately.”

Andrea issued a statement on Thursday, about throwing up the middle finger and wrote: “On Thursday afternoon I went to Downing Street to watch the Prime Minister’s resignation speech.

“A baying mob outside the gates were insulting MPs on their way in as is sadly all too common. After receiving huge amounts of abuse from some of the people who were there over the years, and I have also had seven death threats in the last 4 years.”

She added: “Two of which have been in recent weeks and are currently being investigated by the police, I had reached the end of my tether.

“I responded and stood up for myself. Just why should anyone have to put up with this sort of treatment. I should have shown more composure but [I] am only human.”