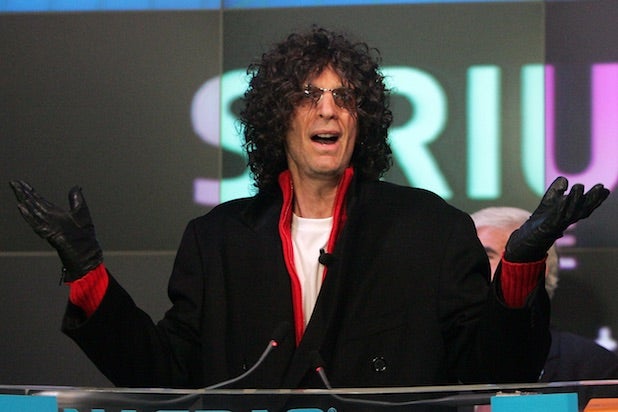 Howard Stern and SiriusXM Radio announced Tuesday that Stern will continue to host and produce his “The Howard Stern Show” exclusively on the streaming radio platform for the next five years.

Further, the archive of the show’s audio and video will continue to be licensed to SiriusXM for an another seven years.

The host made the announcement on his show Tuesday and more details were added in a later release from the platform. Terms of the deal were not disclosed but Stern made history when he negotiated his original 2005 deal with the  then-upstart Sirius that was worth $500 million over five years.

“Fifteen years ago, I joined SiriusXM, a fledgling group of broadcasters. I had been in a toxic relationship with terrestrial radio. And no matter how well I treated the medium, no matter how successful I made them, they abused me. Going to SiriusXM liberated me. I felt like Tina Turner freeing myself from Ike,” said Stern Tuesday.

He also called SiriusXM “the greatest content provider in media today” and said, “Our next five years together will be incredible.”

In his own statement, SiriusXM CEO Jim Meyer returned the sentiment, saying the company “couldn’t be happier” to continue working with Stern.