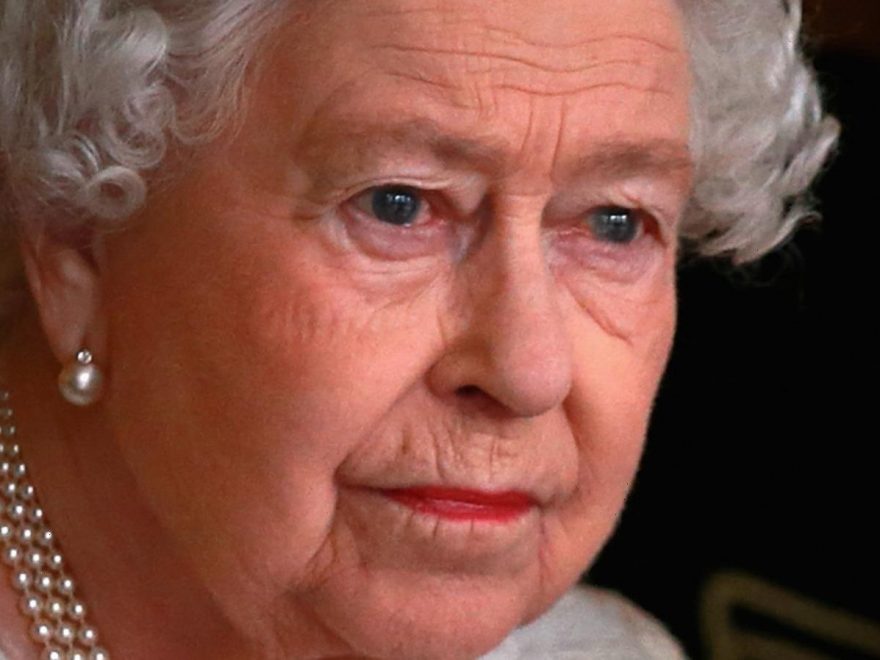 Queen Elizabeth is learning to live without her longtime husband, Prince Philip. Philip died at the age of 99 on April 9, and the monarch is facing a new reality without her husband of over 70 years to lean on (via People). The Duke of Edinburgh passed away at his home following a month long stint in the hospital, where he was treated for an infection and underwent a heart procedure for a pre-existing condition (via USA Today). Philip’s funeral service took place on April 17 at St. George’s Chapel at Windsor Castle. During the service, Elizabeth sat alone, wearing a black dress, gloves, and hat. She also wore a matching black face mask to comply with COVID-19 mandates.

The Queen’s family is said to have gathered around her during this difficult time (via Us Weekly). At the funeral, the royals banned together to honor Philip, but also in support of Elizabeth. Although the service was rather small due to the COVID-19 pandemic, it was televised so that the world could grieve with the family. Now, another big change is coming for Elizabeth, as she’s set to hit a huge milestone without Philip by her side.

With Queen Elizabeth still in mourning, her birthday celebrations will be much more subdued

Queen Elizabeth will celebrate her 95th birthday on Wednesday. However, the celebration won’t be as lavish as in years past, and one important member of her family will be missing from the occasion. Elizabeth’s husband, Prince Philip, died just shy of two weeks before her milestone birthday. According to the Evening Standard, the queen would have normally celebrated her special day with Philip, as well as events to honor her life and reign. However, those celebrations will be scaled down greatly as the royal family enters another week of grieving Philip’s death.

Instead of celebrations, Elizabeth is said to be staying at Windsor Castle, where she and Philip moved during the beginning of the COVID-19 pandemic, per People. She’ll be surrounded by her staff members and three beloved dogs. However, members of the royal family are expected to drop in and visit with her during the week. Currently, Prince Harry is still in the U.K. following his grandfather’s funeral. It’s unclear how long he’ll stay, but he may remain there long enough to spend some time with the queen for her birthday. Elizabeth’s birthday is usually celebrated by the public in June. However, the public ceremony where the family stands on the balcony of Buckingham Palace has been canceled for the second year in a row due to health concerns.