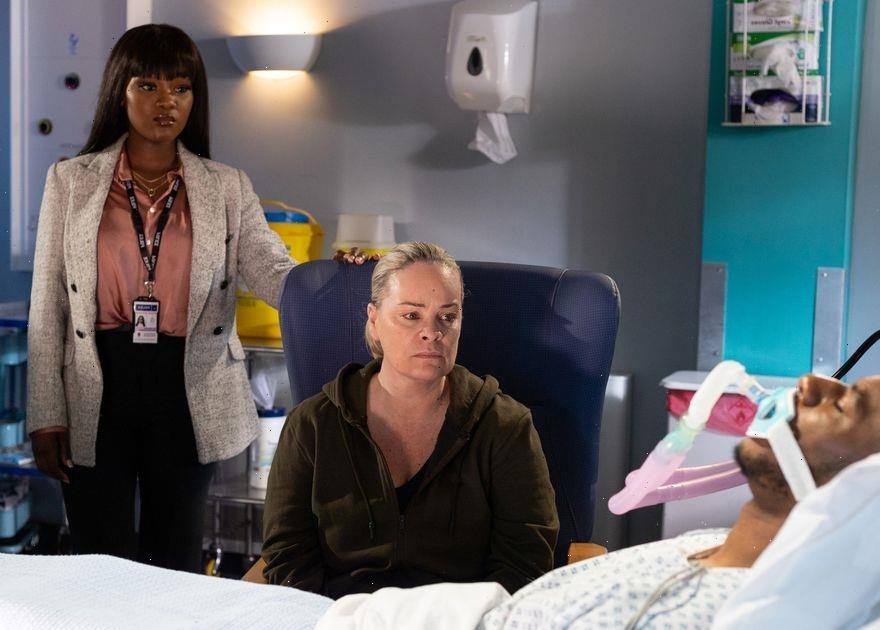 At school, Vicky Grant (Anya Lawrence) tells Charlie Dean (Charlie Behan) and DeMarcus Westwood (Tomi Ade) that Joseph will be at the end of school party but defiant DeMarcus suggests he’s ready for him.

Charlie is shocked to discover DeMarcus is carrying a knife. After being bullied by Joseph, DeMarcus says he wants to feel safe.

Fearful for his friend, Charlie confides in Saul about his friend carrying a knife.

Also, concerned that Saul is having doubts about their relationship, Grace Black (Tamara Black) tries to spice things up, unaware that he's planning to propose.

Concerned for DeMarcus, Saul suggests to his dad Felix Westwood (Richard Blackwood) that he joins the police shadowing scheme.

Meanwhile, DeMarcus packs a knife into his bag, but will a surprise search from Saul uncover it?

Trouble is on the horizon when Joseph and his friends arrive at the end of term party. A confrontation in the park leads to dangerous consequences.

Saul’s future plans for him and Grace are put on hold as he loses the engagement ring he planned to give to her.

There’s shocking news for the villagers when they find out that PC Saul Reeves has been stabbed, but who will the evidence point to?

Meanwhile, the stabbing makes Sid start to question his future within the police.

As Vicky makes a decision about the future of her relationship with Joseph, he catches her off-guard with a shocking gift, but will she realise where he’s got it from?

The consequences of the recent attack continue to affect many residents of the village.

Grace watches a video of Saul talking to DeMarcus with a knife while Charlie steps in to protect DeMarcus when Joseph goads him once again.

A shocking flashback at the end of the week finally reveals to the viewers the truth behind the knife attack on Saul, but will the truth come out?

Elsewhere in the village, The McQueen family confront Olivia Bradshaw (Emily Burnett) about the brick that was thrown into their garden.

She denies being behind it but after going through her room, her history with blackmail is exposed.

Prince McQueen (Malique Thompson-Dwyer) is forced to make decisions about his future with Olivia.

Hollyoaks airs weeknights on Channel 4 at 6.30pm followed by first look episodes on E4 at 7pm