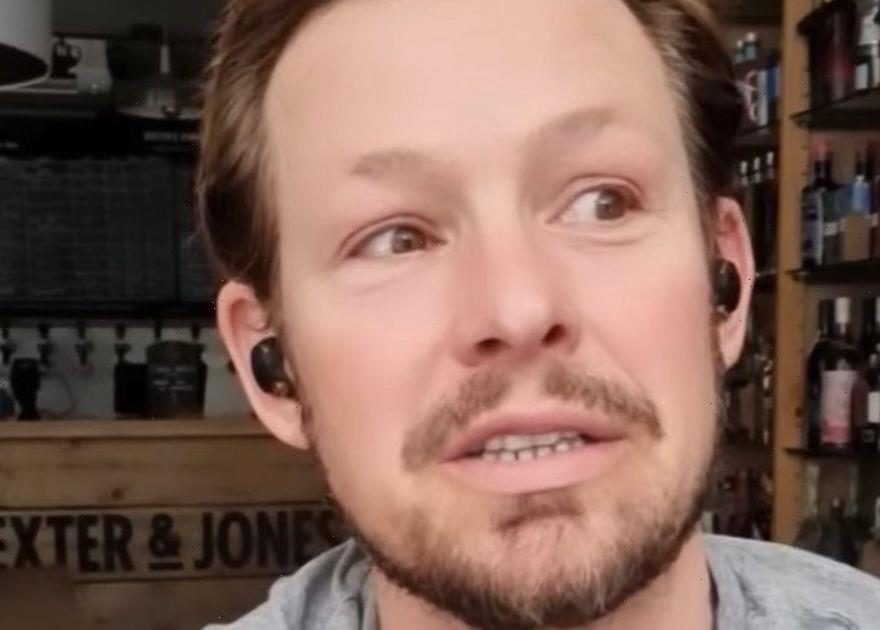 Adam Rickitt has been left fighting back tears as he revealed he was scammed out of "tens of thousands of pounds".

The 44 year old actor, who is known for playing Kyle Kelly in hit soap Hollyoaks between 2017 and 2020, took to his Instagram feed to share the horrifying news to his 72,100 followers in a bid to potentially help others realise a scam when they see one.

Wearing a grey T-shirt with a dog tag necklace around his neck, the star crossed his arms as he spoke of the incident that left him feeling "very stupid and embarrassed".

Adam, who recently left fans in disbelief over his age as he insisted he didn't get a hair transplant, said he considers himself "savvy" but in this instance he got "completely conned" by a push payment scam.

It started with a text from Barclays explaining that there had been some "suspicious activity" on his account before informing him that a member of the fraud investigations team would be ringing him.

He continued: "I got a phone call from an 0845 number shortly afterwards and the chap Martin introduced himself, said, ‘I am ringing from Barclays fraud department,' did the same security questions I always have.

"While I was on the phone to him on my laptop I even went on the Barclays website to check the number he was calling from and sure enough it was the Barclays' fraud number."

Adam went on: "Long and short of it was he explained to me that someone had been into the Crewe branch and had attempted to withdraw money. He said the only way that person could do that was using my driving licence and my passport and my signature."

When asked if it was him, Adam said "No," which left him worrying that this was a case of identity theft. He then rang his wife and asked her to check if his passport and driving license were at the house, which they were.

The man then said he would call back, and while he waited, Adam checked his bank account to see everything as it should be.

Fighting back tears, Adam then recalled how the man who was impersonating a Barclays staff member told him it was an "inside job".

Adam, who recently admitted he worried he'd be mocked and "less manly" over his infertility, was then asked to do a "dummy payment", which he was told would "trigger a member of the fraud department". He was then told to tell whoever called from the department that he doesn't want the payment to go through.

He was then told that they would have to launch an internal investigation and in the meantime close down his account, which is one he relies on for his business Dexter & Jones. He then went back into his account through his phone app and found that the money had left his account.

"It was a scam," he said. "I feel like an idiot. It's very embarrassing. It's hard to look my wife in the eye. The thing was, they even knew how much money was in my bank account."

He added that the scammers asked the right questions, said the rights things and knew his relationship with the bank. "Naively, I didn't know you could ghost phone numbers," he said. "As a result of this, they took tens of thousands of pounds."

In the caption, he shared: "I know we all think we know what to do or how to react…but honestly I have never known the stress it created over the course of the scam……and now the embarrassment I feel.

"I can't even begin to suggest how to protect yourself as I thought I was doing everything right…but please just be aware there's people out there who know exactly how to play the system. Be safe x".

Celebrity friends were quick to comment as Kelle Bryan wrote: "Mate don't feel stupid. They are absolute k**bs. I am so sorry. Thank you so much for being so brave" with a crying emoji.

Hollyoaks' Tamara Wall shared: "This just proves how easy it is , you are a very intelligent person and did all the right things to check … bravo for highlighting this and sending you all my love !!!" with a red heart emoji.

Adam's wife also posted the video on her social media account, which she captioned: "A gut wrenching reminder this can happen to anyone. For a start @adamrickitt I will always look you in the eye and hold your hand. This is NOT your fault. Most importantly we hope this stops someone else falling victim to a horrible banking scam".

To which Susanna Reid replied: "Firstly – sorry this happened. Second – you appear to have done your absolute best to verify everything along the way 3. This was a sophisticated scam and frankly I defy people not to fall victim when it is this persuasive 4. Don’t blame yourself. 5. Thank you for sharing. It will go so far to help others not to fall into this trap – well done.

"BTW: It should have been easier to contact the legitimate fraud dept quickly & yes, banks need to make their phone numbers inviolable."