Mother-of-three and This Morning stalwart Holly Willoughby, 38, said she was a “child dispenser” during a discussion about the concept which took a strange turn. In a clip which the ITV programme shared on Twitter with their 8,000 followers, the pair could be seen having an odd conversation, Holly telling Phillip Schofield, 57: “You’re a dispenser of words, I’m a dispense of children!” Starting to laugh as she realised how her comment sounded, she soldiered on: “We all dispense something!”

I’m a dispenser of children

Shooting the camera a stunned look, Phillip exclaimed: “Is that what you are? You’re a child dispenser?

“That’s it? That’s the thing? That’s what you are?” he asked, laughing.

Holly bent over, putting her face in her hands as she attempted to explain through fits of giggles: “No, but you know what I mean!”

Standing up, her co-star appeared exasperated by the conversation, announcing, “Whatever!” as he began walking off the set.

“No, but you can put ‘dispenser’ before anything,” Holly insisted, prompting Phillip to burst out with: “You’re dispensing ****!”

He returned to the This Morning sofa a few seconds later as the duo struggled to get their laughter under control. 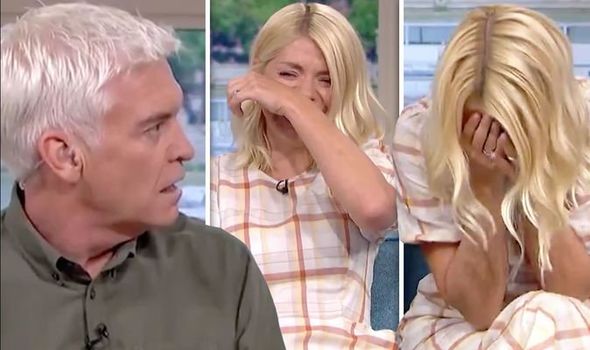 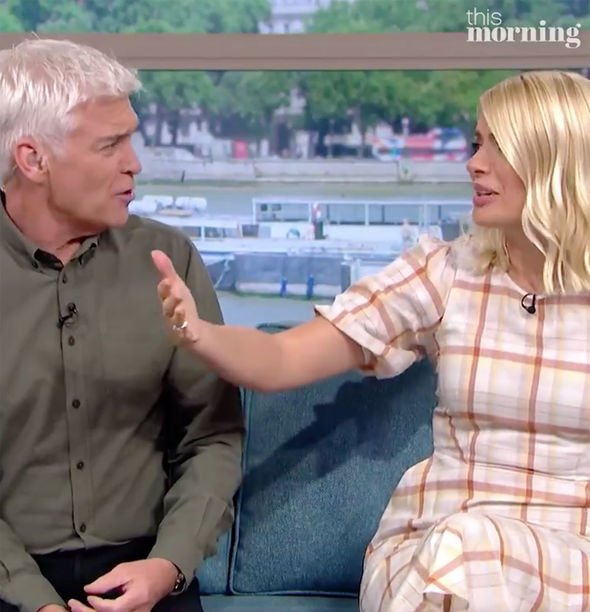 “‘I am a children dispenser…’ Well, there you go,” he said, joking: “All the work since the suffragettes all goes down the pan.”

He later retweeted the hilarious video in view of his own 4.5 million Twitter followers, letting the clip speak for itself as he simply captioned it with a laughing emoji.

Fans flooded to the comments section to share their reactions to Holly’s bizarre revelation, with one saying: “A children dispenser that is so funny, love it when you two get the giggles.”

“It’s the children dispensing arm actions that made me cry with laughter,” another added, while a third chimed in: “You two are amazing… never change.”

Holly has co-hosted This Morning with Phillip since she joined the ITV team in 2009. 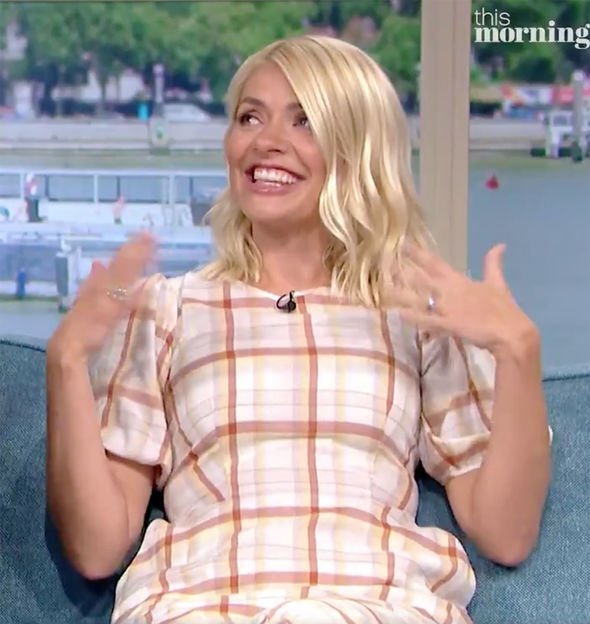 They also work together presenting Dancing On Ice.

She and TV producer Dan first met when she was on Ministry of Mayhem in 2004, striking up a romance six months later.

The couple wed in 2007 with a stunning ceremony at Amberley Castle in West Sussex.

This Morning airs weekdays at 10.30am on ITV.