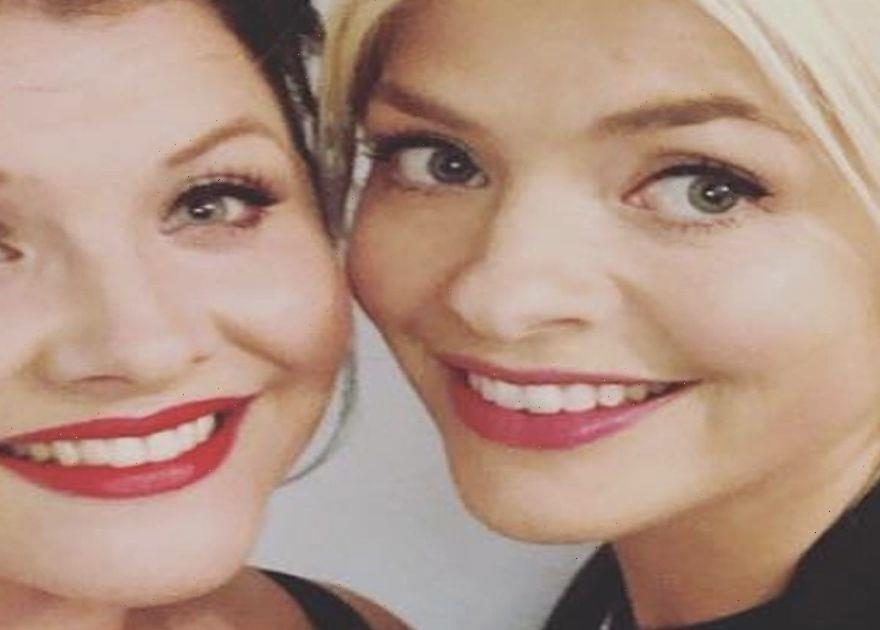 TV sensation Holly Willoughby has shared a heartfelt tribute to her sister Kelly as the star’s sibling marked her 44th birthday.

The presenter, who is best known for presenting This Morning alongside Phillip Schofield, has previously spoken openly about the close bond she shares with her older sister, who is three years her senior.

To mark Kelly’s birthday, Holly took to Instagram to share a cheerful photo of the pair smiling as she wished her the happiest of birthdays.

In the heartwarming snap, Holly, who wore a beige jumper, wrapped an arm around Kelly's shoulder as she smiled for the camera.

Wearing her trademark blonde hair loosely tucked behind her ear, Holly sported a clear and glowing complexion as she posed alongside her sister.

Mirroring Holly’s smile, Kelly looked every bit the star as she cuddled up to her lookalike sister, with the resemblance between the pair clear to see.

For Kelly’s own look, the birthday girl opted to leave her dark brunette locks free, while she sported a more statement lip colour in a vivid plummy red.

In the background of the shot, the two appeared to be posing beside what looked like an outdoor bar, with Kelly wrapped up warm in a black puffer jacket for the photo.

Alongside the image, Holly wrote: “Happy birthday to my beautiful sister…. Love you so so much… always”.

Holly wasn’t the only one to celebrate her sister’s birthday mother, as the whole family also got involved, with Kelly even staring several snaps of her own from the day, including one that featured her parents Linda and Brian.

This glimpse into the life of Holly’s family is rare for the star, with the Dancing on Ice presenter usually notoriously private about her family life.

However, she has previously opened up about how close she is to her sister Kelly, and how she would be “lost” without her.

In a post made to mark Kelly's birthday last year, Holly wrote: “Happy birthday to my beautifully brilliant wing woman… I love you. be lost without you… let’s see what this year brings shall we… (this is an old picture taken before social distancing FYI)”.

The presenter has famously kept her three children Harry, 12, Belle, 11, and Chester, 11 out of the public eye, with their faces never being captured on social media.

Explaining the reason behind her choice, Holly previously said: “If you show one photograph then they're out there” before continuing that images posted online are “consumption for everybody”.

For all the latest showbiz stories, sign up for OK! 's daily newsletter here .