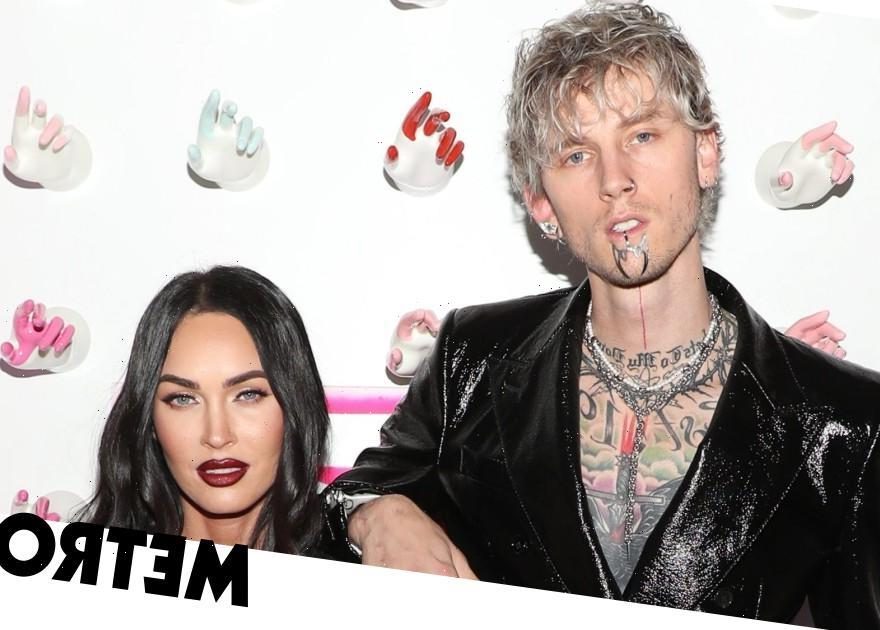 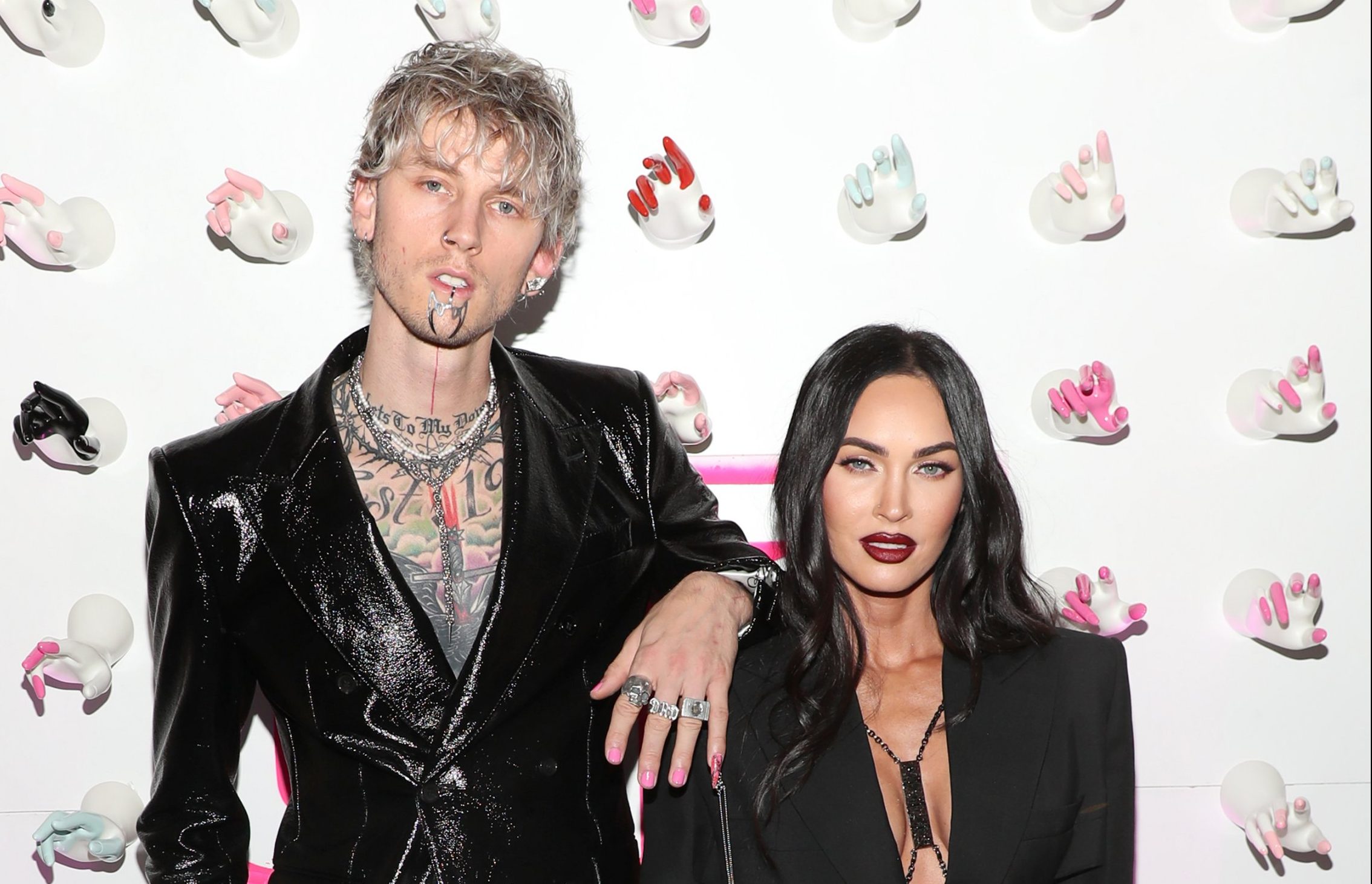 As fans take in the news that Megan Fox and Machine Gun Kelly are engaged after 18 months of PDA-packed dating, many were rushing to congratulate the couple, including Megan’s pal Kourtney Kardashian.

There’s even already talk of a double wedding after Kourtney got engaged to fiancé Travis Barker in October, who has worked closely with friend MGK, in a similarly goth-vibe proposal.

Rapper and musician MGK, 31, got down on one knee and proposed to the former Transformers actress outside of the Spa Botanico at the Ritz-Carlton Dorado Beach in Puerto Rico on Tuesday.

An elated Megan, 35, said yes and posted video footage of the moment on Instagram, with the caption revealing the couple celebrated not by drinking champagne, but each other’s blood – naturally.

Fans were invested both in the couple and the way the news was announced, with social media quickly filling with humorous reactions and hot takes.

‘Somehow a year and a half later, having walked through hell together, and having laughed more than I ever imagined possible, he asked me to marry him.

The actress and rapper, real name Colson Baker, met while filming Midnight in the Switchgrass in March 2020. They were spotted spending time together in May that year, with Megan’s ex-husband Brian Austin Green confirming that they had split after 10 years of marriage. 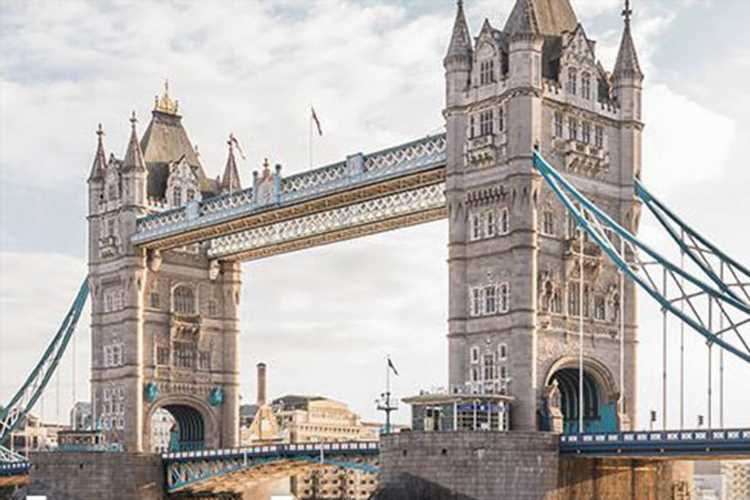