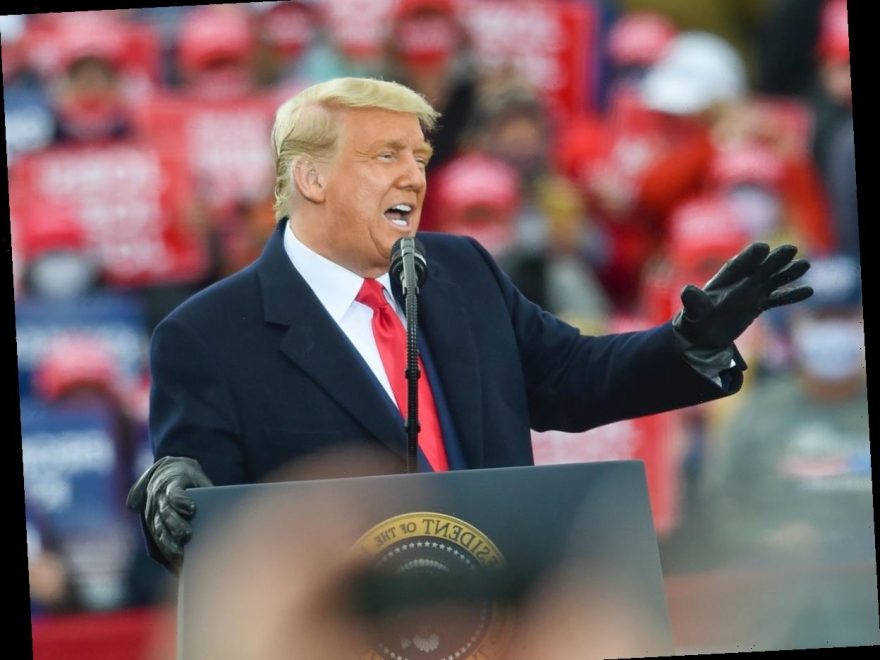 In the aftermath of the Jan. 6 assault on the U.S. Capitol by a mob of Trump supporters, Americans all over the country are struggling to make sense of the chaotic series of events. As a growing list of U.S. lawmakers call for President Donald Trump’s immediate removal from office, some White House staffers and other public officials have decided to abandon ship during the tumultuous final days of Trump’s term. Here are all the officials who have resigned after the attack on the Capitol, and their public reasons why.

On Jan. 6, Americans were horrified by the images of Trump supporters breaking into the U.S. Capitol building, forcing lawmakers to evacuate the legislative chambers and shelter in place. Potential pipe bombs were found near the Republican and Democratic National Committee headquarters, per the FBI, adding to the sense of fear and unrest. The violence followed a rally at which President Trump, once again, repeated baseless claims that the 2020 election had been stolen from him, and instructed his supporters to go to the Capitol to "cheer" politicians questioning the election results, and that "we will never give up, we will never concede." In the aftermath of the riot, many blamed Trump for inciting the violence, particularly since he initially held back from denouncing the attack on the Capitol. The White House did not reply to Elite Daily’s request for comment on the violence or Trump’s role.

Now, with less than two weeks until the end of his term, many Trump officials are finding they cannot continue as part of his administration, and are issuing their resignations. This list will be updated as more announcements are made.

U.S. Secretary of Education Betsy DeVos, announced her resignation on Jan. 7 after four years of being one of Trump’s closest allies. During her time in office, she’s proposed legislation that would privatize public schools, advocated for using federal grant money to buy firearms for teachers to keep in their classrooms, weakened protections against sexual harassment and assault, and more.

After the attack on the U.S. Capitol by pro-Trump insurrectionists, however, DeVos decided enough was enough. "We are left to clean up the mess caused by violent protesters overrunning the U.S. Capitol in an attempt to undermine the people’s business," she wrote in her resignation letter. She also noted her belief that the president was responsible for inciting the riots, stating "there is no mistaking the impact [Trump’s] rhetoric had on the situation, and it is the inflection point for me." Elaine Chao announced her resignation from her position as White House transportation secretary on Jan. 7 via Twitter, citing the Capitol riots as her reason for stepping down. "Yesterday, our country experienced a traumatic and entirely avoidable event as supporters of the president stormed the Capitol building following a rally he addressed. As I’m sure is the case with many of you, it has deeply troubled me in a way I cannot set aside," Chao wrote. Chao also likely has a personal reason for responding strongly to the riot — she is married to Senate Majority Leader Mitch McConnell, who was one of the legislators evacuated during the riot.

Her resignation will take effect on Monday, Jan. 11, and Pete Buttigieg, former mayor of South Bend, Indiana, will be her successor.

Tyler Goodspeed, Trump’s acting chairman of the White House Council of Economic Advisers, also announced his resignation on Jan. 7 following the Capitol attacks. "The events of yesterday made my position no longer tenable," Goodspeed stated to The New York Times.

4. John Costello, Deputy Assistant Secretary for Intelligence and Security in the Commerce Department

John Costello announced on Jan. 7 he was stepping down from his intelligence position via Twitter following the pro-Trump insurrection attempt at the U.S. Capitol.

He wrote, "yesterday’s events were an unprecedented attack on the very core of our democracy — incited by a sitting president. The president has long disregarded and diminished the rule of law and the Constitution. Yesterday, that culminated in violent sedition against the U.S. Congress for the purpose of overturning a legally recognized and valid election … I am sorry to leave [my] work unfinished, but yesterday’s events leave me no choice." 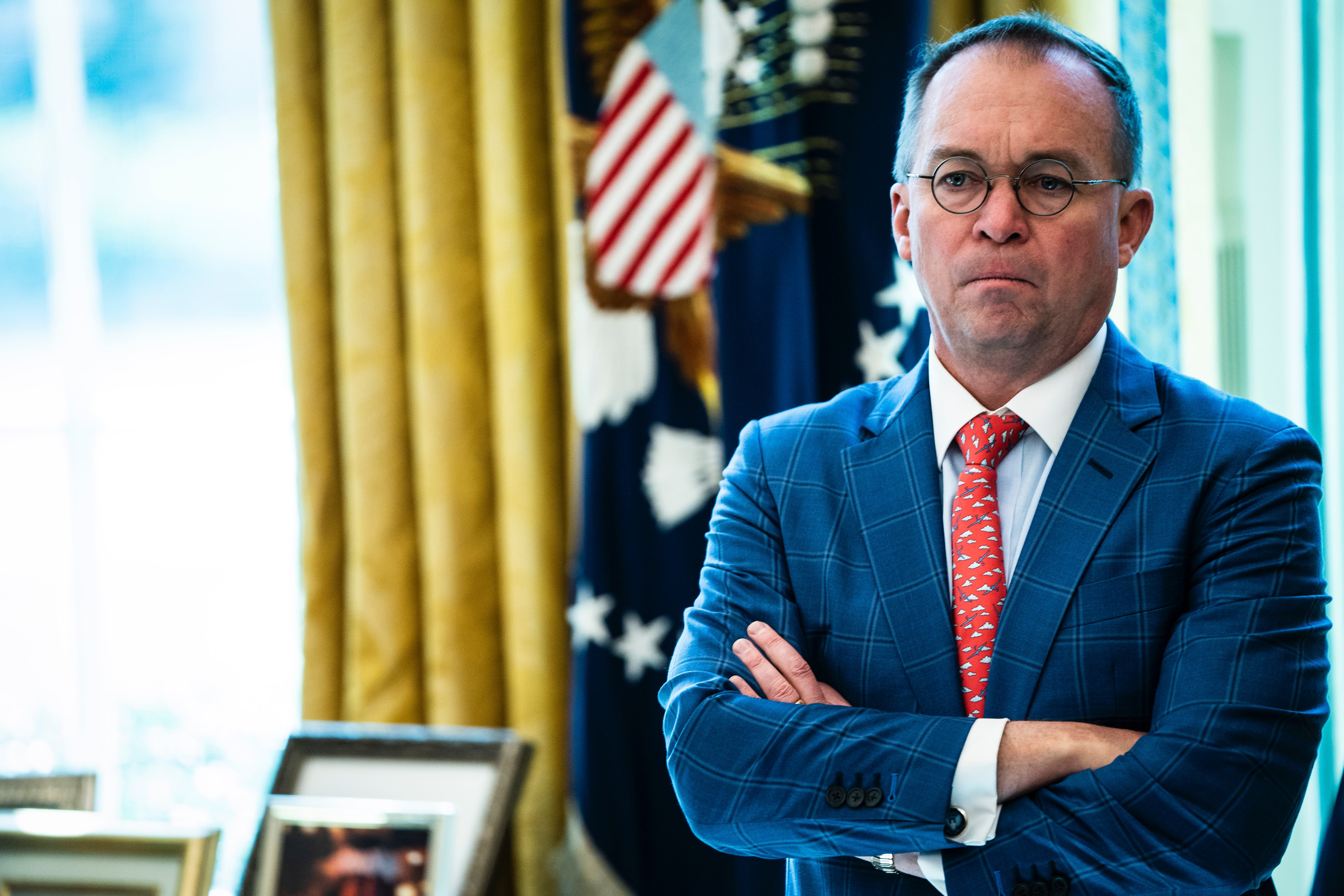 President Trump’s former chief of staff, Mick Mulvaney, informed CNBC on Jan. 7 that he had resigned from his position as special U.S. envoy to Northern Ireland.

"I called [Secretary of State] Mike Pompeo last night to let him know I was resigning from that. I can’t do it. I can’t stay," he explained. "We didn’t sign up for what you saw last night," Mulvaney added, referring to the Captiol riots where at least five people have been reported killed. He later added that Trump was "not the same as he was eight months ago," and noted that those who choose to stay are doing so "because they’re worried the president might put someone worse in."

Matthew Pottinger, Trump’s deputy national security adviser, resigned on Jan. 6 immediately following the Capitol assault. Bloomberg reported on Jan. 7 that Pottinger was just one of many senior White House staffers "dismayed" at Trump’s behavior leading up to and during the riots. CNN sources reported on Jan. 7 that while staffers were "visibly shaken" amid the chaos, the president was "borderline enthusiastic," and reportedly only agreed to record a last-minute video calling off the assault after multiple advisers lobbied for him to make a formal statement. In that statement, Trump once again made unsubstantiated claims about a "stolen" and "fraudulent" election. "Go home. We love you. You’re very special," Trump said to the rioters attacking the U.S. Capitol.

"As someone who worked in the halls of Congress I was deeply disturbed by what I saw today," Matthews said in a statement, reported by Fox News chief White House news correspondent John Roberts via Twitter. "I’ll be stepping down from my role, effective immediately. Our nation needs a peaceful transfer of power."

It seems like the chaotic events that unfolded at the Capitol were more than Anna Cristina “Rickie” Niceta signed up for, as she resigned from her position as White House social secretary on Jan. 6 immediately following the pro-Trump riot, per CNN. Before Niceta was appointed secretary in 2017 by first lady Melania Trump, she worked for Design Cuisine, a high-profile catering company. "It has been an honor to serve the country in the White House," Grisham told ABC News. "I am very proud to have been a part of Mrs. Trump’s mission to help children everywhere, and proud of the many accomplishments of this administration," she added. Grisham reportedly experienced several clashes with other White House staffers over the president’s communication strategies and staffing decisions during her time as press secretary, per CNN. She was replaced by Kayleigh McEnany in April 2020, when Grisham returned to the East Wing.

Five Federal Aviation Administration (FAA) political appointees announced their resignation late Jan. 7 in the aftermath of the Capitol attack. FAA chief of staff, Angela Stubblefield, relayed the officials’ intentions to step down in an email to CNBC. "Our colleagues’ decisions, given the gravity of yesterday’s events, are understandable," the email said. "Like all of us, they are outraged by the brazen and violent attack on one of the sacred institutions of American democracy."