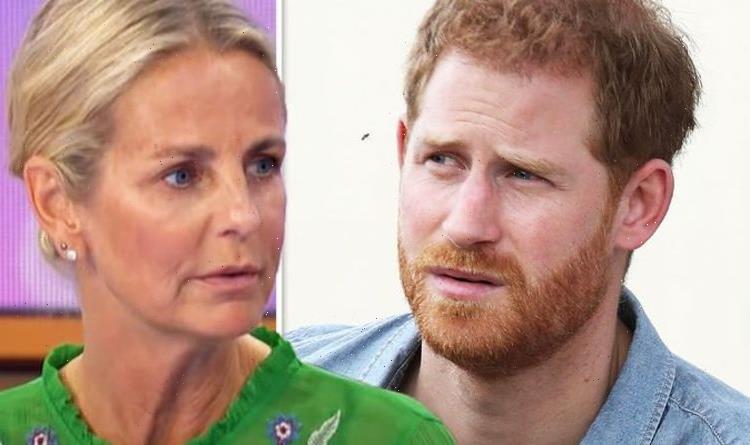 Ulrika Jonsson says end of her last marriage was ‘devastating’

TV personality Ulrika Jonsson, 54, has hit out at Prince Harry over his recent job advice, branding him “out of touch” and “irresponsible” for his comments. Earlier this week the Duke of Sussex, 37, made remarks encouraging people to quit their jobs if it “doesn’t bring them joy” while discussing the rise in job resignations during the coronavirus pandemic.

Another sign of how utterly disconnected you are from reality

The blonde-haired Swedish beauty didn’t hold back as she shared her thoughts on Prince Harry’s remarks.

The mother-of-four told how she felt “disappointed” in the royal, adding that his recent words of advice had “fallen short” of someone wanting to be a “man of the people”.

Ulrika wrote: “Advising people stuck in jobs that don’t bring them joy to quit is not just careless and foolhardy but yet another sign of how utterly disconnected you are from reality.”

She went on to brand Harry’s advice as “unforgiviably irresponsible” after citing his Eton education and branding him an “elitist and advantaged man” who had been speaking from his Montecito mansion.

She continued: “Harry, you’re so out of touch. You are so detached and muddled that it would be funny if it wasn’t so worrying.

“Yet the lack of foresight and responsibility, the sense of privilege oozing from your very statement, Harry, has enraged me.”

The star went on to write that for many, quitting their jobs with financial responsibilities hanging over them would be “financial suicide”.

She added the consequences of deciding to leave employment could result in mental health problems being exacerbated.

“Your observations are the preserve of the wealthy, comfortable, crusty upper/middle classes who don’t need to stress about where the next meal might come from,” Ulrika brutally penned.

However, the former Celebrity SAS: Who Dares Wins star did acknowledge that mental health is important when it comes to a healthy work life.

She added: “The pursuit of happiness is essential. But so is food on the table and the ability to pay the bills in this rat race in which we find ourselves.

“There is a very positive movement towards quality of life and understanding that we should all attempt to work to live — and not live to work.”

The star ended her column for The Sun by saying that the Duke’s outlook would be very different had he not been from the Windsor Estate.

Earlier this week, Harry appeared in a question and answer session with business magazine Fast Company.

Speaking in his role as chief impact officer for US professional coaching and mental health firm BetterUp, the father-of-two addressed the increase of job resignations during the coronavirus pandemic.

He said: “I’ve actually discovered recently, courtesy of a chat with [BetterUp science board member] Adam Grant, that a lot of the job resignations you mention aren’t all bad.

“In fact, it is a sign that with self awareness comes the need for change.

He continued: “Many people around the world have been stuck in jobs that didn’t bring them joy, and now they’re putting their mental health and happiness first.

“This is something to be celebrated,” the Duke added.

He went on to say that we’re “at the beginning of the mental health awakening.”